In The MediaPeople & Places NHPCO Honors Senator Robert Dole for his Support of Hospice Care in the U.S. - ehospice

NHPCO Honors Senator Robert Dole for his Support of Hospice Care in the U.S. 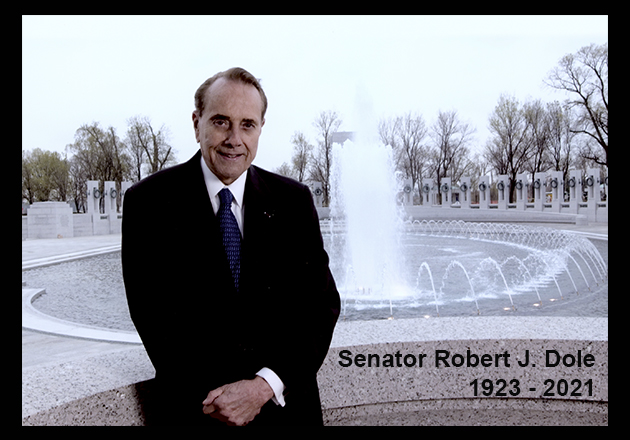 December 6, 2021 | No Comments
Categories: In The Media and People & Places.
Tags: NHPCO and Senator Bob Dole.

The National Hospice and Palliative Care Organization (NHPCO) honors Senator Robert Dole who died today at the age of 98. Bob Dole served as a Senator representing Kansas from 1969 to 1996, notably serving as the Republican leader of the United States Senate from 1985 until he left the Senate. Dole will be remembered as one of the pioneering congressional champions of the hospice model of care.

Among many notable achievements in his career dedicated to public service was the role he played in the creation of the Medicare Hospice Benefit. Senator Dole first introduced legislation in the U.S. Senate (S. 1958) to create a hospice benefit under Medicare in December 1981. Legislation in the House of Representatives (H.R. 5180) was sponsored by Representatives Leon Panetta (D-CA) and Bill Gradison (R-OH). The hospice benefit was established in 1982 as part of the Tax Equity and Fiscal Responsibility Act (TEFRA). Final implementing regulations were published in the Federal Register on December 16, 1983.

Earlier this year, Sec. Leon Panetta addressed the audience attending an online NHPCO conference. Speaking from the offices of the Panetta Institute for Public Policy in Seaside, Calif., Panetta said, “Bob Dole was a friend and partner in passing the bill to provide Medicare coverage for Hospice services. The bill would not have become law without his leadership. He was a mentor to me in Congress and a dedicated public servant.”

Today, NHPCO President and CEO Edo Banach remarked, “Senator Dole’s dedication and commitment to ensure Americans had access to the highest quality of care when coping with life-limiting illness helped hospice care to evolve from a grassroots moment in the U.S. to an integral part of the health care landscape.”

“Since the creation of the Medicare hospice benefit, millions of Americans have had the support of hospice care at life’s end as have many of their family caregivers who received training and support from the hospice interdisciplinary team,” Banach added. “For that, we can thank Senator Dole.”

Dole was married to Elizabeth Dole, a former Senator from North Carolina, for 46 years. An advocate for hospice herself, Elizabeth Dole, served as NHPCO’s National Director for Hospice Education and Information in 2001 and used this opportunity to raise awareness of the benefits provided by hospice.

In 2005, Senator Dole and Senator Elizabeth Dole served as honorary chairs of the annual gala of the National Hospice Foundation, an affiliate of NHPCO. In sharing his support for the hospice community and the work of NHF, Dole said, “The National Hospice Foundation helps engender the true spirit of compassionate care through its work and support for hospice programs nationwide, carrying on a 40-year tradition of hospice care first launched in London, England. The Foundation, through its work and advocacy, has helped build a hospice network in the United States and foster a new awareness of the needs of those in hospice and palliative care across the nation and around the globe.”

In 2007, NHF hosted a gala to celebrate the 25th anniversary of the creation of the Medicare Hospice Benefit. To mark this special occasion, NHPCO and NHF honored the members of Congress who championed the cause among their peers. Former Senators Robert Dole and John Heinz (posthumously, with Teresa Heinz Kerry accepting), and former Congressmen Bill Gradison and Leon Panetta were the special award recipients and joined together on stage to discuss those early years of hospice advocacy.

The broad hospice and palliative care provider community honors Senator Dole and extends deepest sympathies to his family, colleagues, and all those whose lives he touched.