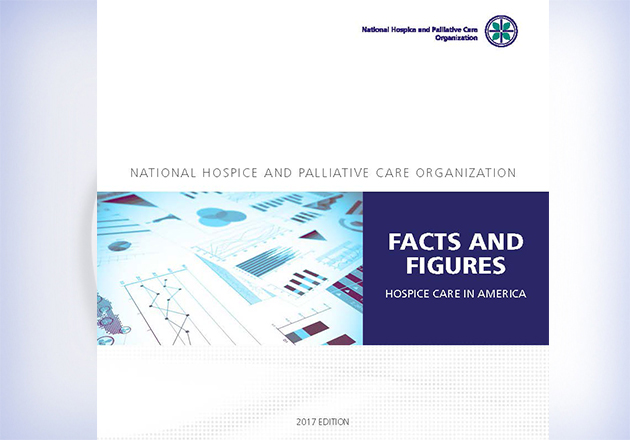 These statistics are found in the latest edition of the National Hospice and Palliative Care Organization’s annual report, Facts and Figures: Hospice Care in America (PDF).

“When hospice first became available as a covered benefit under Medicare in 1983, the overwhelming majority of patients had cancer,” said NHPCO President and CEO Edo Banach. “That has changed in recent years as we’ve seen hospices caring for more people with a cardiac or circulatory diagnosis (18.7 percent), a respiratory illness (11 percent), and the fastest growing diagnosis of dementia.”

“As hospices care for a more complex patient population, it’s important that we continue reaching out to patients, family caregivers, and other health care professionals to help them understand all the benefits that hospice care brings to a wide population of people facing advanced and life-limiting illness,” Banach added.

Hospice professionals continue to be concerned about the number of people who receive hospice care for a short period of time. The NHPCO report indicates that that just over 40 percent of Medicare beneficiaries accessing hospice received care for 14 days or less in 2016 which is considered too short a period for patients to fully benefit from the person-centered care available from hospice.

“The hospice interdisciplinary team is ideally suited to provide care and support to patients and family caregivers throughout the last months of life, not just the last days,” noted Banach.

The primary data source used for the findings in NHPCO’s new Facts and Figures report is CMS hospice claims data included in the hospice standard analytical file Limited Data Set. The Hospice Cost Reports, also available from CMS, provided supplemental information. The NHPCO National Data Set is the data source for the Volunteer and Bereavement statistics. The MedPAC March 2017 Report to Congress is the data source for discharges and transfers.

Following a major revision in methodology unveiled in the 2016 edition released last fall, the new 2017 edition reflects data from 2016 – the most current available.

More information about hospice care is available from NHPCO’s CaringInfo at caringinfo.org.