Pioneers of Hospice & the Birth of Modern Hospice – Take two… 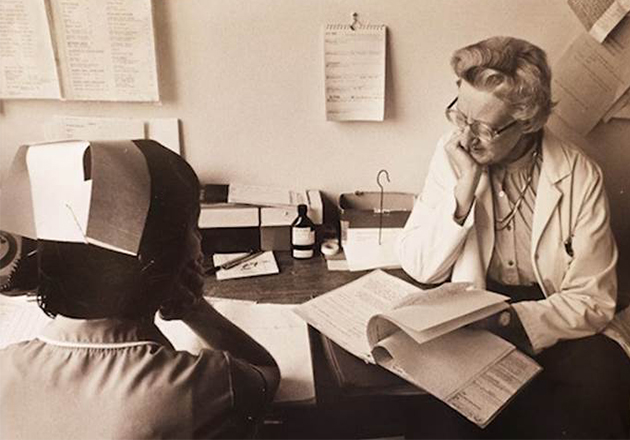 At the 50th anniversary of the advent of St. Christopher’s Hospice, it is astonishing to think of the impact hospice has had around the globe. It has grown in myriad ways while providing comfort, healing and grace to millions of patients and families facing the end of life. One would think that the origins and circumstances of such an evolution would be well established. Yet, this is not always the case. Even among hospice professionals, while the tenants of hospice and palliative care are well practiced, the seminal roles and challenges of the four pioneers in bringing those principles into practice are not. To that purpose we have re-envisioned the film Pioneers of Hospice & the Birth of Modern Hospice, with the hospice and palliative care community being the beneficiary of a rare living testament as told by the pioneers themselves.

Background In 2002, after the death of my brother from ALS, I attended a hospice volunteer training at the VNA near Burlington, Vermont. During the course of the training I learned that the Madison Deane Initiative (MDI)* would be conducting an audio interview with Florence Wald and Dame Cicely Saunders for an NPR radio segment. After the meeting I approached the staff and suggested that they consider filming the interview, as given their ages, this would be a golden opportunity to capture the personal stories and context from these icons of the movement. Within a few short weeks, an outline and production schedule to produce a documentary, with the inclusion of Elisabeth Kübler Ross and Balfour mount, had been solidified and funded!

Following the extraordinary interviews and a lengthy editing period, the film was released in 2004. It was the winner of the 2004 NHPCO film of the year award. It went on to be distributed, however not as widely as I had hoped. Moreover, I felt the film was not yet complete.

So, why a re-envisioning? I felt strongly that the film had to be more concise and that every hospice should have this story in their library for volunteer and staff training at an affordable price. So, in 2016, I contacted the MDI and re-acquired the rights to the film. Also, along the way I added some new voices for greater clarity and pioneering work for the future.

Why now? As hospice and palliative care serves an increasing number of patients and families it becomes increasingly important to preserve the legacy of its origins. Especially at a time when health care costs and financial pressures grow, it is essential to insure that the heart of hospice is what moves us forward and not just the bottom line.

Learn more about the re-envisioned film and see a trailer on the Pioneers of Hospice website.

*(MDI was created in 1997 to educate the general public and medical professionals about quality care at the end of life & is under the auspices of the VNA of Chittenden and Grand Isle counties,)

Terrence Youk began work in film and television in 1985, first as a composer and later writing, producing, directing and editing independent documentaries. educational films and multimedia presentations. He is the owner and producer of Brook Hollow Productions, Inc. based in Vermont. He has produced nationally acclaimed programs for PBS, A&E and the Wisdom Channel as well as films crafted for nonprofit institutions.