Put a hat on for children’s palliative care 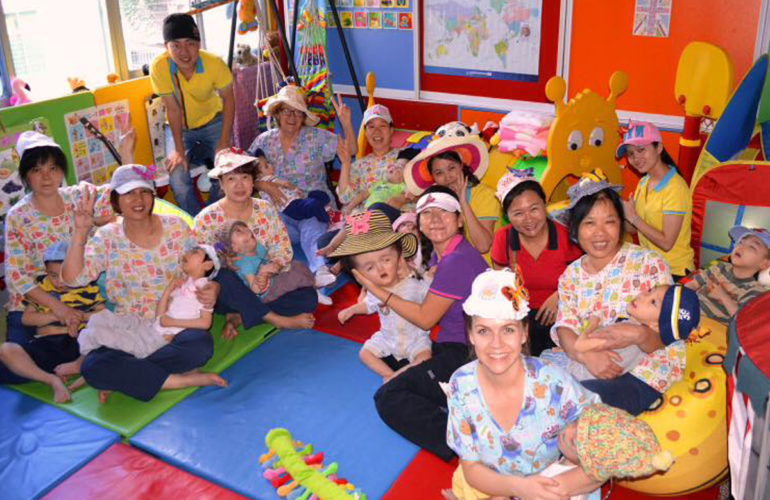 People around the world will be donning a hat on Friday, October 14 to raise awareness of children’s palliative care and the need for the development of services in most countries in the world to meet the needs of the 21 million children with life-limiting and life-threatening conditions who would benefit from this specialized care.

Three years ago, the International Children’s Palliative Care Network (ICPCN) launched their first ‘Hats On’ campaign in October 2013, asking members and those who have a passion for children’s palliative care to mark the day by wearing a hat and posting a picture on social media. The campaign has grown each year and an ICPCN spokesperson says that they are delighted to report that, in 2016, organizations around the world have latched onto the concept and found creative and exciting ways of making it their own.

For example, the German organization, Kinderhospiz Bundesverband e.V. have held an event they have named Hut auf für kleine Helden (Hats off for small heroes). In Lisbon, Portugal, a hat-making competition will be held where schools and businesses have been encouraged to send their winning entries for display at a local shopping mall. A local international school in Lisbon has planned a whole month of activities to raise awareness of the needs of children with complex needs and will include bake sales, talent shows and the wearing of red clothes and a red hat.

In South Africa, Dr Michelle Meiring, chairperson of Palliative Treatment for Children (PatchSA) appeared on the breakfast TV show, Expresso, wearing a hat and was given an opportunity to talk about children’s palliative care. Interviews on numerous South Africa radio shows have also raised awareness of the day and the cause.

Other events we know of have been planned in Hong Kong, Burundi, Australia, Mexico, Uganda, Canada, Ukraine, Romania and Armenia.

Asked ‘Why hats’? ICPCN explains that, apart from the fun aspect of wearing a hat, it provides us with warmth and protection, much like the role of the children’s palliative care team. They are there to provide the affected child and his or her family with a layer of comfort and protection as they navigate the difficult journey that is a reality when faced with a life-threatening, chronic or incurable illness.

Support
Much appreciated support for the campaign has been received from ICPCN ambassadors, Micheline Etkin, Lucy Watts MBE, and champions Marquardt Petersen and Cateline Khoo.

“Our amazing Ambassadors, particularly Micheline Etkin and Lucy Watts, have really gone the extra mile to spread the word about ‘Hats On 4 CPC’ and we are so grateful to them. We would also like to say a bit ‘thank you’ to our Board members and colleagues from all corners of the world who have put on a hat and posted their pictures on their social media pages,” says Lorna Sithole, ICPCN’s Media and Marketing Officer.

“We are so thrilled with the level of participation this year and think that the idea is really ‘catching on’ and will continue to get better and bigger each year.”

So, what are you waiting for? Put your hat on and do what you can to raise awareness of the palliative care needs of children.