Remembering My Dad This Father’s Day 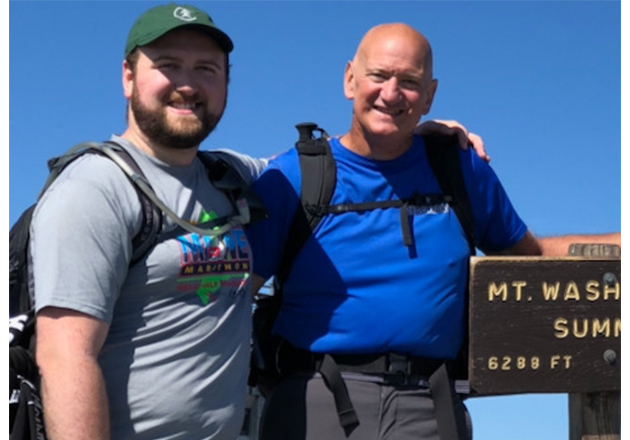 Photo: Jay and his father Joe

Strong memories of my dad are resonating with me this Father’s Day. His death in the spring of 2020 at 59 years young, was followed by the death of my mom later that summer, both from cancer and both before they could meet all their grandchildren-to-be.

As I contemplate this Father’s Day and memories of my dad, I think of the guy who could do it all. He didn’t depend on anyone else to take care of his family’s needs. He was an ever-present dad, helping his four kids with schoolwork. He was the listening ear and patient advisor, offering advice when asked. He wouldn’t tell you what you wanted to hear; he told you what you needed to hear, and more than 90 percent of the time we should have done what he said.

We moved to Massachusetts when I was 3, into a house he designed. He was its construction supervisor, landscaper and handyman. He knew his way around all sorts of things, which extended to his work and social life. He put smiles on everyone’s faces when he came into a room. He had an ease about him in any social situation and he met people where they were.

He and my mom, Joe and Ellen, were high school sweethearts, so they grew up in the same town and they married young. When they were ready for kids, they had the four of us in four years; I think that’s why we are all so close.

We went on family vacations in our van, pulling a trailer behind. As the youngest I was relegated to sit in the back-back. But I was also the tallest, so I was never overlooked. We rode in one of those big vans with curtains on the windows, south to South Carolina or Florida and north to Maine or New Hampshire. Dad made it a home wherever we went; he set up our campsite, made the fires, told the stories.

My dad had beaten cancer in 2015, but it struck again in 2019. He celebrated finishing his last round of cancer treatments in September of that year by taking us all on a hike … and he left us in the dust. We just couldn’t keep up with him. He was strong in every sense of the word.

We four kids planned the big celebration of my parents’ 35th wedding anniversary in November 2019, inviting extended family and their best friends from college and childhood. I witnessed the greatest example of love I’ve ever experienced in my life.

Two months later my dad celebrated his 59th birthday and four months later he was gone, followed by my mom in July. In April my mom went into hospice at home when her brain cancer was not responding to treatment and Care Dimensions was there to help us. My sisters and I jumped right in to be with them both as their cancers took a major toll on their day-to-day lives. Mom was admitted to the Care Dimensions Hospice House in late June to stabilize her medications but returned home after five days.

In March, Dad started feeling pain and shortness of breath, so he drove himself to the hospital. A scan revealed spots on his lungs and his doctors gave us the news that his cancer was spreading. For the next six weeks he was in and out of the hospital, sometimes a week at a time, but we couldn’t visit him there due to COVID restrictions and precautions. Talking on the phone was hard for him because radiation treatments had an impact on his tongue and his ability to speak. He opted to come home with hospice on Mother’s Day to be close to mom. Now the Care Dimensions hospice team was there to help us manage the care for both, in side-by-side hospital beds.

I had a lot of communication and interaction with the Care Dimensions hospice care team. They were such a huge support for me that, when mom and dad passed, I knew I’d have to take advantage of their bereavement services to manage my feelings after both parents’ deaths.

During one-on-one bereavement sessions I talked to a Care Dimensions grief counselor who helped me process feelings I couldn’t put into words. I learned to honor and celebrate my memories. When I realized I wasn’t going to find healing alone, I also joined the Loss of Parent support group. There, I learned not to let grief take over, but to face it and recognize it as feelings of love.