Research Research on Spending at End of Life - ehospice

Research on Spending at End of Life 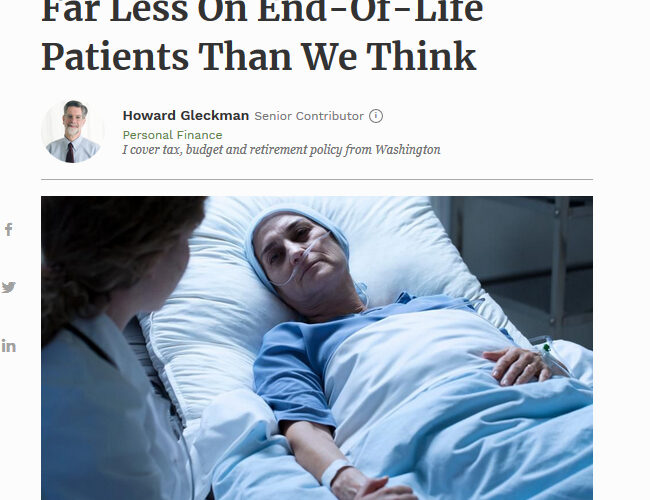 In an article published on October 11 by Forbes, “Medicare May Be Spending Far Less On End-Of-Life Patients Than We Think,” reporter Howard Gleckman shares information on research looking at spending at the end of life.

You probably have heard the statistic: One-quarter of Medicare spending is for patients in the last year of life. It is cited as a major reason for excessive medical spending in the US and leads to a widely-accepted conclusion: If only we would stop “wasting” dollars on futile care for those who soon will die anyway, we could significantly slow medical cost growth.

But what if the entire premise of this argument is wrong? What if Medicare spends just a small fraction of its resources on those who are expected to die? An important study concludes that only 5 percent of Medicare dollars—not 25 percent– is spent on individuals who were predicted to die. Thus, controlling end-of-life costs may do much less to reduce projected medical spending in the US than conventional wisdom claims.

Read the complete article on Forbes.com.