Stepping out of the classroom and into real patient care 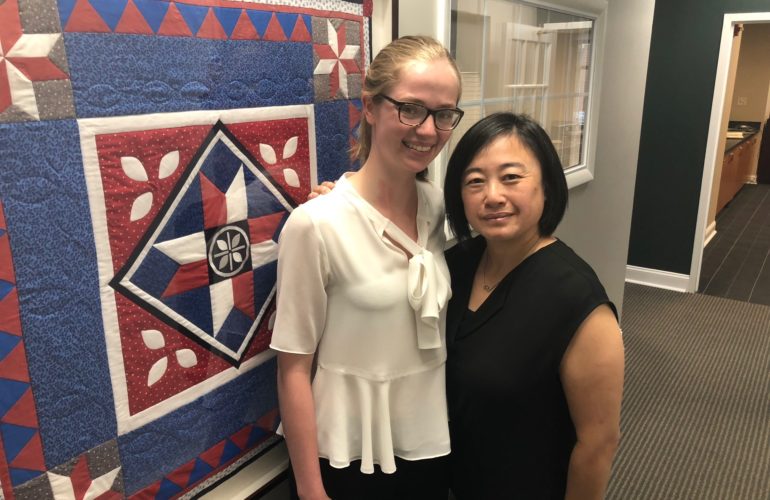 I came to my interest in caring for the dying the way that I’ve realized many others have, through watching the passing of loved ones. These experiences, both when they are painful and when they are growthful, seem to draw us to further explore end-of-life issues.

My first patient was my grandmother, and my first procedure a simple case of toenail painting. Unfortunately, in keeping with my future career as a doctor, I was overbooked, and decided her case could wait until I finished my fifth grade pre-algebra worksheet. Memere’s real surgeon, however, determined that her gastric bypass was pressing, and she went in to have the procedure, toenails bare. Afterwards, under lingering anesthesia, Memere stopped breathing, a common occurrence for those with sleep apnea, but without any safeguards like her CPAP or a continuous pulse oximeter to alert the nurses as her oxygen saturation dipped dangerously low, Memere did not start again.

After going to the hospital and turning off the machines “keeping Memere alive,” my parents tried to explain the concept of “brain death” to my siblings and me. I don’t remember their exact wording, but I’m sure it went something along the lines of “she wasn’t there anymore and the machines were just keeping her body going.” Even in my first encounter with it, death was something nuanced, a process rather than an occurrence. I remember being so scared the next few months about falling asleep, worried that somehow, just like Memere, I wouldn’t wake up.

As I continued to encounter death, as we all do in the course of life, that terror grew into a more complex understanding. When my grandfather’s cardiologist gave him a choice around changing his pacemaker battery, rather than assuming he would say yes, and my grandfather declined, I learned about the value of patient autonomy. When my grandmother, Dandy, chose to pursue palliative care, rather than chemo, and died in her home surrounded by her children, I learned about the peace that comes from proper pain management. Finally, in college, when I volunteered with Duke HomeCare and Hospice, I witnessed the power of a truly comprehensive care team to surround and support a patient and their entire family.

During one summer of my college experience, I had the opportunity to work as an intern in the office of my Congressman. While there, because the Chief of Staff was aware of my course of study focused on end of life issues, she invited me to be a part of a meeting she was having with a group from the National Hospice and Palliative Care Organization. I sat wide-eyed through the entire meeting, in awe of their knowledge about and passion for the legislation for which they were advocating. Two years later, when I was given the opportunity to intern at the NHPCO, I jumped at the chance. The culture of the entire hospice and palliative care community is remarkable to me, and the NHPCO embodies all of the qualities that make that community so special. The organization is supportive, inclusive and welcoming, while maintaining an strong, thoughtful, and informed stance on a comprehensive range of issues.

Spending one day a week tracking the development of the hospice benefit, and the many complexities of turning Section 1812 of the Social Security Act into patient-centered practice, has been made all the richer by the days that I spend at the bedside. While working full-time as a CNA this year, I have been afforded the privilege of getting to know patients at their most vulnerable, and the opportunity to witness how the programs that I’ve studied come into contact with real life scenarios. The frustration that I feel reading that less than half of the Medicare population that died in 2016 benefited from hospice care is made all the more real by the experience that I have with patients who wanted nothing more than to be able to go home for their final hours. Their anguish is only amplified by seeing the unmet bereavement needs of families grappling with when to leave their loved one behind, shrouded in the hospital bed. When I learn about defining “unrelated” expenses for hospice patients, I think of the woman who wanted physical therapy simply so she could walk to the toilet, rather than using a bedpan.

In August, I’m starting medical school, an idea that is both daunting and exhilarating. Over the next four years, I will learn what it takes to be a real doctor, in the hopes that one day, I can serve my patients by guiding them, with a team by my side, through the end of life process. As a hospice physician, the knowledge that I have gained through my internship at the NHPCO will help me to understand the systems that we will all face together, and allow me to better assist those that I’m given the privilege to care for.

NHPCO extends much appreciation to Claire for her dedicated work throughout her internship and is honored to have played a small part in her future profession.