Thank You For Playing airs on PBS on October 24 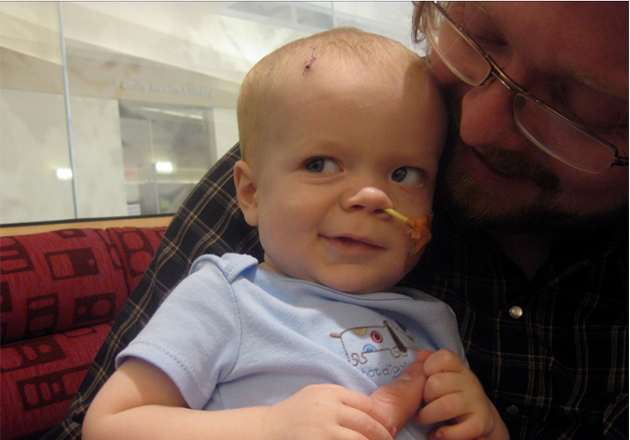 Thank You for Playing follows Ryan and his family over two years creating “That Dragon, Cancer,” which evolves from a cathartic exercise into a critically acclaimed work of art that sets the gaming industry abuzz. Lauded as “unimaginably intimate” by The New Yorker, the film is a testament to the resilience of the human spirit and the unique ways that art and technology can help us share profound experiences.

For 18 months, award-winning filmmakers David Osit and Malika Zouhali-Worrall followed Ryan as he created a game called “That Dragon, Cancer,” recruiting his wife and sons into the process of documenting their daily life in Loveland, Colo., for this unusual work of art. Combining footage from both Ryan’s real and animated worlds, Thank You for Playing is a thought-provoking portrait of one family’s determination to respond to an impending tragedy through artistic expression. The film challenges the stereotypical view of video games as superficial or violent, revealing a new movement within the gaming world to create projects that document profound human experiences. The film also tells a deeply moving love story of a husband and wife helping to keep each other afloattist—and programming is his paintbrush.”

Ryan and his wife Amy’s unique project highlights new ways parents can cope with terminal illness, as well as share their experiences with others. The documentary will premiere during the 29th season of the PBS series POV (Point of View) on Monday, October 24, 2016 at 10 p.m. (check local listings). American television’s longest-running independent documentary series, POV is the recipient of a 2013 MacArthur Foundation Award for Creative and Effective Institutions.

Thank You for Playing is a thought-provoking portrait of one family’s determination to respond to an impending tragedy through artistic expression. The film challenges the stereotypical view of video games as superficial or violent, revealing a new movement within the gaming world to create projects that document profound human experiences.

The film also tells a deeply moving love story of a husband and wife helping to keep each other afloat in the midst of a familial crisis by creating something entirely new together. The video game becomes a poetic exploration of a father’s relationship with his son, an interactive painting and a vivid window into the minds of grieving parents.

In Thank You for Playing‘s first scene, we see the game’s portrayal of the day Ryan and Amy are told Joel’s cancer is terminal. Inside a virtual doctor’s office, a terrible storm breaks and rain begins to pour. The room fills with water up to the necks of Ryan and Amy’s digital avatars. Though rendered in animated form, the scene presents the wrenching reality that envelops the Green family — and countless others who have faced similar devastating news.

From the start, Ryan and Amy wanted to redirect the focus on Joel’s illness in a more positive way for their young family, which includes the boy’s two adoring older brothers. Amy, whose inner strength and calm demeanor are constant family anchors, would “much rather live like he’s living than live like he’s dying.” Ryan, whose emotions are never far from the surface, envisions a video game that would allow him to “create a space for me to talk about my son” and allow players to experience the same joy he feels as a father, even in the midst of anguish. The drama is more subtle than that provided by typical video game fare, yet gains unmistakable power as players participate in the family’s daily routine, from feeding ducks to pushing Joel on a swing to reaching out to touch his face as he rests in his hospital room. “You are being a friend with us on this journey,” Amy observes.

Developing the game also gives Ryan a degree of respite. “When you’re creating art there’s a level of abstraction”” he explains. “There’s a certain escape.”

But, he adds, “You can’t escape forever.”

For Ryan and Amy, who are practicing Christians, “That Dragon, Cancer” also becomes a way to explore their faith — a kind of digital prayer created to share their child with the world while they still can.

For filmmakers David Osit and Malika Zouhali-Worrall, Thank You for Playing is an opportunity to challenge people to reexamine their own assumptions about bereavement, technology and video games. “We wanted to transcend the simple narrative of a family dealing with cancer, and instead examine the ways we handle grief, and the beauty and hope that can be found in art,” they say. “We saw how many people were profoundly moved by Ryan’s game, and how playing it often facilitated more, rather than less, social interaction. The fact that a video game was capable of awakening this sort of empathy astounded us, and we soon realized that Ryan isn’t only a developer, he’s also an artist—and programming is his paintbrush.”

Visit the film’s website to learn more or watch the trailer.

About the Game:
“That Dragon, Cancer,” released in January 2016, was developed by Ryan and Amy Green and Josh Larson along with five others at their new studio, Numinous Games. Learn more: www.thatdragoncancer.com.