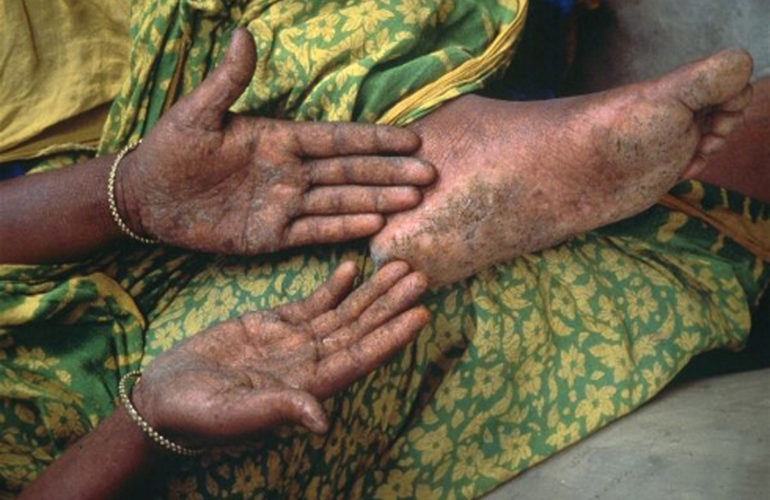 An NGO in the Republic of Congo has launched a campaign aimed at reducing the often fatally late diagnosis of cancer, which affects more than 7,000 people in the central African state.

“One in five children with cancer survives and 90 percent [of child cancer] deaths are due to late diagnosis,” said Jean Félix Peko, a doctor in Pazzaville University Hospital’s oncology department.

The campaign, launched by the Calissa Ikama Foundation, aims to raise awareness among politicians, the media, business leaders, diplomats and civil society in Pazzaville and the city of Pointe Noire, and to raise funds for a cancer information centre in the capital.

In Congo, a country of 3.6 million inhabitants with eight oncologists, uterine cancer is the most common form of disease and is often only brought to the attention of doctors when it has reached an advanced stage.

According to the Ministry of Health and Population, which is supporting the campaign, 500 new cases of cancer are recorded in Congo every year.

National programmes are “necessary in Francophone countries and particularly in Congo where we have an outline plan which needs to be strengthened,” said pathologist Donatien Moukassa.

The cancer conference in Dolisie, southwestern Congo, from 18-21 December, agreed that cancer should be declared a public health disease on par with malaria, tuberculosis and sickle cell disease.

“Fighting cancer requires substantial resources. Testing is expensive. In general, fewer than five patients in 10 have access to treatment,” said Albert Mouelle Soné, Dean of the Faculty of Medicine and Pharmaceutical Sciences at the University of Douala, Cameroon.

“In Congo, a cancer patient, regardless of their social status, must pay at least 300,000 CFA francs (US$600) per month for treatment. It’s huge,” said oncologist Nkoua Mbon, noting that the average wage is $160.

Furthermore, African countries have so far largely failed to establish mechanisms to map cancer – there are insufficient records. “Until today there is no cancer registry in the DRC [a country of 60 million inhabitants]. We are fighting with the authorities to get it,” said Jean-Marie Kasongo Mpolesha of the African Organization for Research and Education on Cancer (OAREC).