CarePeople & Places I am still a survivor. I take every day as a gift, one step at a time. - ehospice 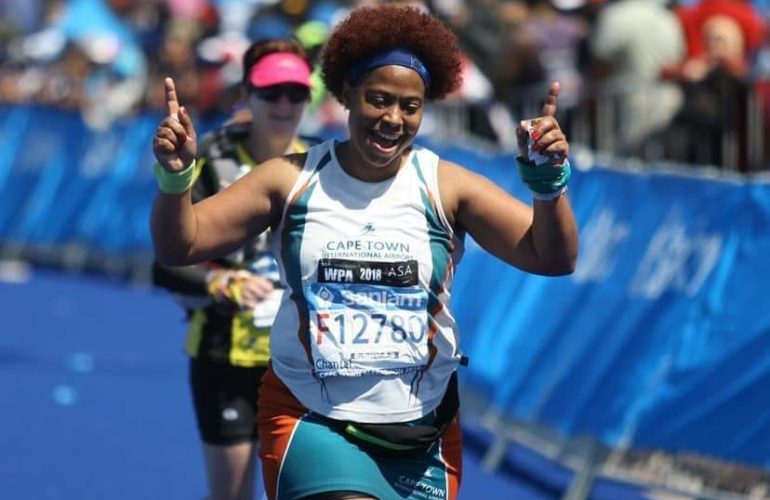 On the 16 January 2016, I was diagnosed with Non Hodskins Lymphoma Cancer Stage 4. Within a short space of time, I was diagnosed, chemo port inserted and prepped for chemotherapy.

I lost so much weight since I was participating various 10km, 21km, 30km and 42km races and I did not think much of it. I had severe stomach issues earlier in the year like constant diarrhea, upper stomach tenderness and I suffered from terrible night sweats.

However, the most thing alarming symptom that surfaced, was a lump on the side of my right breast.

At the time, I had exhausted my medical aid funds which meant I had to wait until 6 January 2017 to do the mamogram and ultrasound.

The tests revealed nothing significant, so I assumed I was all cleared but it was only when I went to my endocrinologist (diabetes doctor) for my check up, that we discovered something was wrong.

He inspected me thoroughly and discovered the lymph in my stomach. He sent me for a pregnancy test and a HIV test immediately. Both results came back negative.

Thereafter, I was admitted to Netcare N1 City Hospital for an X-ray and then I was scheduled for a biopsy on the lump on the side of my right breast. I was released from hospital after two days and waited a few days in agony for the results.

Finally, the biopsy results had arrived. I had been diagnosed with Non Hodskins Lymphoma Cancer.

A week later, I started Chemotherapy, once every 3 weeks. At this point, I thought running was out of the question for me, but I continued to support my husband while he participated in various races.

Thankfully, apart from the pain in my legs and feet, the chemo did not affect me too much. I became tired of sitting on the side-lines as running has always been my “go to” place. Eventually, I participated in a 10km race in early February 2017. Then a 15km and a 21km race. I was still on chemotherapy until the end of August 2017.

I entered the Sanlam Cape Town Marathon not knowing whether I would make it. The cut off time for the 42km race was 5h30m and with my husband next to me every step of the way, we came in at 5h26m!

I cried like a baby! Tears of joy and gratefulness. Glory to our God. All praise to our God who healed me, He is a miracle worker. I am also grateful to my darling hubby, my friends and family who have supported me.

Even though I am still in remission and the chemo port is still inserted, every day spent alive is a blessing!

Last year, a scan revealed that the lymph nodes have returned, and I was referred to a hematologist who suggested that we just monitor, as the lymph nodes were not as big as he initially thought.