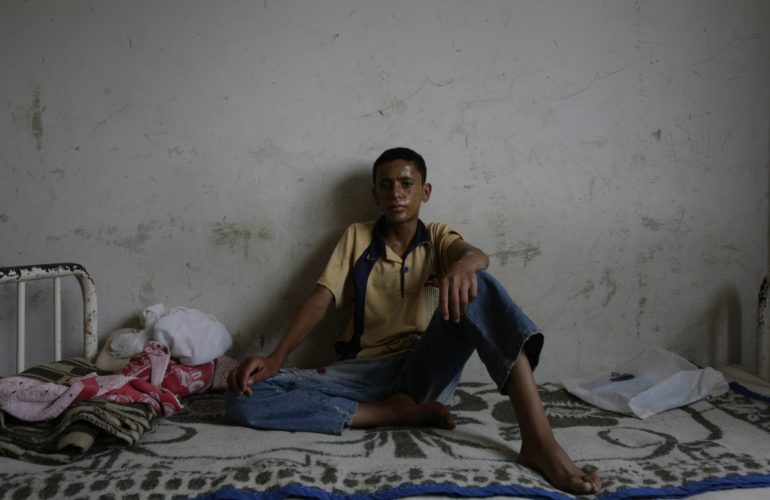 Two symposia at the congress drew attention to the global treatment gap for hepatitis C, and began to signpost a path towards wider access. To coincide with the conference, Médecins sans Frontières (MSF) also published a technical landscape report, highlighting “opportunities to revolutionise care in developing countries”.

Around 150 to 180 million people are estimated to have chronic hepatitis C infection worldwide. Around half of those people live in Asia. There is no accurate estimate of the size of the global population already in need of treatment to prevent further progression of liver disease, but up to one in five people who become infected may develop cirrhosis without treatment.

The cost of access to hepatitis C treatment varies enormously according to where you live, Isabelle Meyer-Andrieux of MSF told a symposium organised by Treatment Action Group. The cost of a course of pegylated interferon and ribavirin ranges from around US$2000 in Egypt to $28,000 in Vietnam, and new HCV protease inhibitors are unaffordable in most settings.

Reducing the cost of treatment is not simple. In the HIV field, it has been possible to reduce the cost because the first and second generation of antiretroviral drugs were never protected by patents in India. As a result, Indian manufacturers were able to produce high-quality generic versions very cheaply, making access to treatment possible for millions of people in low- and middle-income countries.

The World Health Organization (WHO) has a review process called pre-qualification that is used to check whether generic versions of HIV and TB drugs meet the quality standards that guarantee an active and safe drug. Pre-qualification by WHO allows new medicines to be licensed quickly in countries that may not have the expertise or staff capacity to review lots of new applications.

In contrast, WHO has no procedure for pre-qualifying biotherapeutic products like interferon, and doesn’t yet list pegylated interferon as an Essential Medicine. Inclusion on the WHO Essential Medicines List would help advocates to lobby for registration at country level.

The lack of biosimilar products means that there is no price competition, said Meyer-Andrieux, but there is potential for that to change. The Indian patent for Pegasys was revoked in November 2012, allowing Indian manufacturers to begin the application process for biosimilar versions of pegylated interferon.

Egypt has been successful in expanding access to treatment through a combination of approaches, said Prof. Gamal Esmat, chair of Egypt’s National Committee for Viral Hepatitis. The presence of a biosimilar version of pegylated interferon on the market in Egypt gave the government a lever in its negotiations with Roche (manufacturer of Pegasys) and Merck (Peg-Intron’s manufacturer). In return for guaranteeing an ambitious treatment target – 45,000 new treatments per year – the manufacturers dropped the price of their products to around $2000 a year. A national awareness programme and the establishment of a national network of liver clinics were also key to treating more than 220,000 people since 2008.

Egypt’s case may be unusual – the national burden of chronic hepatitis C is estimated at six million, with 150,000 new infections a year – but it indicates the potential for other countries with a high burden of hepatitis C.

The Russian Federation has an estimated five million people with hepatitis C, but only 5000 people received treatment in 2012, according to Denis Godlevskiy of the advocacy group IPTCru. Aninvestigation published by ITPCru last month estimates that only 0.07% of people with hepatitis C were treated last year with Russian federal funding, due both to the cost of treatment and a lack of commitment on the part of government.

Pegylated interferon cost Russians $12,063 in 2012, which is around twice the median income. Attempts by advocates to negotiate with manufacturers have proved difficult. To bring the cost down, they have urged the Russian government to use compulsory licensing, whereby a government issues a license to another manufacturer in order to improve access on public health grounds.

“We need to continue the pressure on manufacturers of pegylated interferon because this will continue to be the only available regimen for the foreseeable future,” said Denis Godlevskiy. “No one in a clear mind will advocate for a $50,000 treatment [which delivers a modest increase in efficacy] when you can treat more people with a $10,000 treatment,” he said, referring to the new protease inhibitors telaprevir (Incivo) and boceprevir (Victrelis).

Yet Mark Thursz, EASL’s Secretary-General, pointed out that cost is not the only barrier to treatment access. “One of the first things we need to be campaigning for is more epidemiological data,” he said. Until governments are confronted with the scale of the problem and the financial costs of inaction, they will avoid dealing with the issue, he went on.

Well-trained doctors, nurses and virologists will be needed to deliver treatment. The drug supply system needs to be improved to ensure an uninterrupted supply of medication, otherwise patients may develop resistance or their treatment will fail.

Access to treatment also depends on the speed at which drugs are approved. Where regulatory authorities lack expertise or capacity to review licensing applications, it can take several years to get a new drug approved.

Demonstration projects that show the feasibility of testing and treatment for hepatitis B and C are also needed to convince governments and other funders that large-scale delivery of treatment for viral hepatitis is possible. The UK’s Medical Research Council is conducting a pilot project to diagnose and treat chronic hepatitis B infection in The Gambia in West Africa, for example.

ThisOne simple oral regimen for all?

In the longer term, MSF is pushing for wider access to new direct-acting antivirals through compulsory licensing and other mechanisms. Treatment has the potential to be simple, short and easy to manage for the health system, said Isabelle Meyer-Andrieux-Meyer of MSF.

In Egypt, around half of those who have already received pegylated interferon and ribavirin were not cured, and therefore need new treatment options. If access to pegylated interferon grows, so will the number of people who need second-line treatment – non-responders or people who failed to tolerate interferon-based therapy. Manufacturers need incentives to include access programmes in low- and middle-income countries in their development plans for new drugs, says MSF.

Advocates have already urged UNITAID, the drug purchase fund supported by government donations and air ticket taxes, to expand its remit to cover hepatitis C diagnostics and medicines in cases of HIV/HCV co-infection. UNITAID currently supports the purchase of drugs and diagnostics used in the treatment of HIV, tuberculosis and malaria for low- and middle-income countries. It uses its purchasing power to reduce prices by making deals with generic and branded pharmaceutical manufacturers, and has been instrumental in driving down the price of second-line treatments for people living with HIV. Expansion of the fund’s mandate to cover HCV mono-infection is likely to be easier if the principle of market intervention to support hepatitis C treatment in co-infection has already been established.

“What is needed is an all-oral regimen that is active against all HCV genotypes (“pan-genotypic”) costing less than $500 per treatment,” said Isabelle Meyer-Andrieux. A similar proposition for HIV was unthinkable in 1996 when life-saving HIV drugs became available in the US and Europe. Today, nearly eight million people are receiving antiretroviral drugs, most at a cost of less than $500 a year. MSF, Treatment Action Group and other advocacy groups aim to achieve the same revolution in hepatitis C treatment.

This article was first published on the www.aidsmap.com