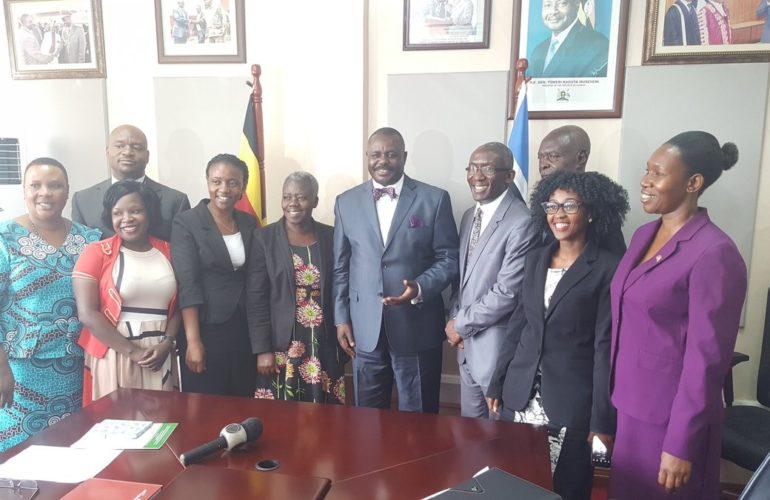 Civil Society Organizations Present a Statement on Budget Allocation for Palliative Care Services for the Financial Year 2019/2020 to the Deputy Speaker of Parliament of Uganda.

On Wednesday, May 15th, 2019, eight leading civil society organizations working on Palliative Care, Health Rights and Budget Advocacy petitioned the Deputy Speaker of Parliament of Uganda on the low budgetary allocation for palliative care services in Uganda. The organizations were led by the Palliative Care Association of Uganda (PCAU) to present a joint statement at the Chambers of the Deputy Speaker.

Rose Kiwanuka, the Country Director of PCAU led the delegation. She said that Palliative Care is recognized as an essential service by the government of Uganda and is a component of Universal Health Coverage (UHC), which has a central place in achieving the Sustainable Development Goals (SDGs) by 2030.

Ms. Kiwanuka applauded Uganda as one of the countries with the best models of palliative care provision in Africa, 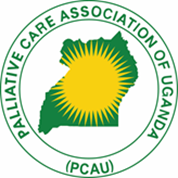 and thanked the government of Uganda for integrating Palliative Care in Uganda’s Health Sector Strategic Plans since 2004. She also thanked the Ministry of Health for establishing a Public Private Partnership (PPP) with Hospice Africa for the production of oral liquid morphine which is available for patients in need free of charge. Uganda was the first country in the world to allow specially trained nurses to prescribe morphine for pain control.

One of the petitioners Dr. Emmanuel Luyirika the Executive Director of The Palliative Care Association (APCA) informed the Deputy Speaker that whereas Uganda was the first country to start Palliative Care in Eastern Africa, the neighboring countries were making great strides. He mentioned that Rwanda and Tanzania had passed their National Palliative Care Policies. 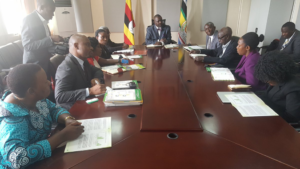 Mr. Joseph Egolet, a patient with cancer, shared his ordeal in accessing care in his home district of Pallisa with the Deputy Speaker. His condition could have been managed better if the lower health facilities in Pallisa District were resourced with equipment and personnel. In the early stages, health workers in his district had misdiagnosed his condition, and medications yielded no relief until he was diagnosed with cancer of the rectum at UCI. Mr Egolet noted that that he was later referred for a colostomy which was to completely change his way of life.

Colostomy is a surgical procedure where an opening is formed between the large intestine (colon) and the abdominal wall. He said that his condition requires a daily supply of colostomy bags. These are small, waterproof pouches used to collect waste from the body.  Mr. Egolet noted that it was very expensive for him and other patients with similar conditions to access such essential supplies because they were not available in public hospitals free of charge.

In his words, Mr. Egolet said this;

“It is very costly to live with my condition. It is not only medicines that are expensive. It was only after reaching Hospice Africa Uganda that I was able to access free colostomy bags. Otherwise, I would improvise I appeal to the government to ensure that such essential supplies are available”

Palliative Care is a Human Right

One of the petitioners from the Initiative for Social and Economic Rights (ISER) Ms. Allana Kembabazi noted that Palliative care had not realized direct funding or vote in Uganda’s national budget. She said that in the Budget Framework Paper for the 2019/20 financial year, there were significant budget cuts that touch the provision of palliative care, for example the proposed Uganda Cancer Institute (UCI) budget for the FY 2019/20 was projected to decrease by UGX 30.561 billion (33.513%) from UGX91.192 billion in FY 2018/19 to UGX 60.631 billion. Ms. Allan implored the government to increase investment in health care which is a fundamental right to citizens.

Dr Dorothy Adong Olet from Hospice Africa Uganda (HAU), noted that her organisation, which was formed in 1993, has cared for over 31,000 patients at their 3 sites in Uganda. She implored government to consider funding standalone hospices such as HAU that offer quality home care to the most vulnerable people living with life-limiting illnesses and their families.

While presenting the Asks to the government on behalf of the petitioners, Ms. Fatia Kiyange from the African Palliative Care Association (APCA) gave 6 recommendations from the civil society organisation that can improve palliative care service provision in Uganda:

On his part, the Deputy Speaker of Parliament thanked members of the civil society for their thoughtfulness about such a pertinent issue; Palliative Care. He appreciated the team of committed PC practitioners and their resolve to bring the issue to parliament for attention, since parliament is mandated to address such real-life issues which touch the core of humanity.

The speaker informed the petitioners that the role of allocating resources in the national budget rested with the President and that Parliament discusses the proposals made. He advised the Palliative Care Fraternity to prepare to engage with the process of budgeting for the next financial year. He pledged that his office would be fully supportive of the processes to ensure that Palliative Care services are funded by the government.