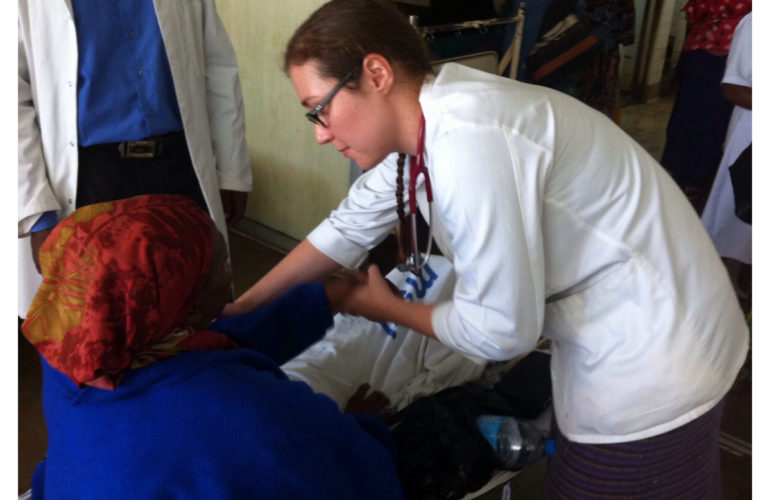 I witnessed many deaths from advanced incurable conditions: An elderly, Maasai tribesman was admitted, delirious and with acute urinary retention. He was catheterised and started on antibiotics, but each day appeared more frail and ill.

Incidentally, a pathological fracture was discovered when moving him in bed. His chest radiograph revealed – as we had suspected – multiple bony and lung metastases; this was a case of late-presenting metastatic prostate cancer.

The doctors informed his relatives, two tall enrobed, bejewelled sons who waited attentively at their father’s bedside. They quickly came to the decision that they would take their father home to care for him there.

This would no doubt involve hours of journeying with their father lying in the back of a truck in the intense heat and eye-stinging dust. And to a journey’s end with little relief from suffering, certainly with no professional support or medicines to relieve his symptoms.

Of the SDGs, the third pertains to healthcare and will inform the health and development agenda until 2030[i]. Although palliative care was omitted from the MDGs, substantial gains have been made, particularly in Africa[ii], where there are now four countries with palliative care integrated into either their health or cancer strategic plans, and five where palliative care is included in the training curricula of health workers[iii].

However, there is still huge unmet demand. Unfortunately this infirm Maasai gentleman is not alone in facing his end days without palliative care, despite the best efforts of his family and the hospital team.

Indeed it is estimated that he is one of around 19 million adults in need of palliative care at the end of life, the greatest majority (78%) being adults of low or middle income countries [iv].

The African region has been dominated by the need for palliation of HIV/AIDS, yet there is also a significant requirement for palliative care of non-communicable diseases, for example cancers (19.6%)[v].

Indeed worldwide, the burden of malignant disease is projected to increase from 14.1 million cases in 2012 to 21.6 million by 2030, with huge increases of 60–70% predicted in Latin America, Asia, and Africa[vi], and this alongside a growing burden of non-malignant chronic conditions such as dementia.

What struck me in this case was the sons’ acceptance that their only option was to make the painful journey home to nurse him, with no formal support or pain relief, in this region of Tanzania, where there are no hospital or community specialist palliative services.

However, as integrated palliative care services develop across the continent, the challenge of reaching rural populations will need to be addressed through means such as task-shifting to community prescribers and use of volunteers in order to reach patients and families such as this[vii].

As the World Health Assembly describes, there is a moral imperative on us by:

“Acknowledging that palliative care is an ethical responsibility of health systems, and that it is the ethical duty of health care professionals to alleviate pain and suffering.”[viii]

If the SDGs are to be meaningful and lead to a wider and more equitable attainment of health and improved quality of life – until the point of death – then palliative care and access to essential palliative medications need to be recognised as integral components of Universal Health Coverage,” the goal for the next era of health development.[ix]

[iv]Worldwide palliative care alliance, Global Atlas of Palliative Care at the End of Life (WHO, January 2014)

[v]Worldwide palliative care alliance, Global Atlas of Palliative Care at the End of Life (WHO, January 2014)