In The Media Senegal: 4 year old who featured in Channel 4 documentary on palliative care has passed away - ehospice

Senegal: 4 year old who featured in Channel 4 documentary on palliative care has passed away 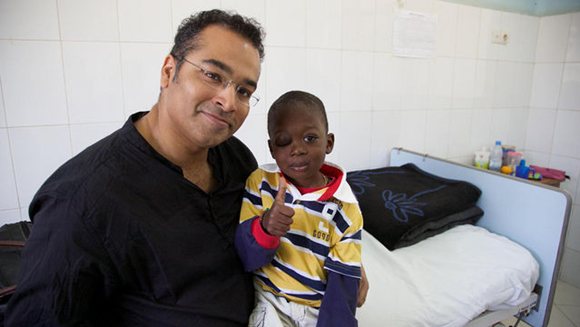 The life of 4 year old Abdurahmane touched the lives of millions. Abdurahmane had retinal cancer and featured on Channel 4’s ‘Unreported World’ documentary looking at shortages of pain medications across Africa and specifically in Abdurahmane’s home of Senegal.

At the time of filming the documentary he had been in the hospital for three months, receiving chemotherapy, which had shrunk the tumour in his eye.

Abdurahmane had also been one of the few people in Senegal to receive morphine to control the pain he was in. The documentary explained that when stocks are low, the hospital pharmacy gives children priority to the morphine. Sadly though, even in this specialist unit the stocks of morphine sometimes run out.

Human Rights Watch last year highlighted that the authorities in Senegal allow only a very small amount of morphine into the country each year. It is thought they import as little as just one kg, enough to treat about 200 cancer patients when there is demand for tens of thousands of patients in severe pain.

It was through the story of Abdurahmane though that this problem was highlighted to the millions of viewers around the world who would have by now watched the documentary.

It was with great sadness then that a few days after the programme first being shown we learnt of Abdurahmane death.

The award winning journalist Krishnan Guru-Murthy who met Abdurahmane and built up a relationship with him broke the sad news on twitter saying:

The impact that Abdurahmane had on the viewers was immediately obvious in the string of responses from memebers of the public.

@krishgm how awful. Thoughts are with his family. The @UnreportedWorld was a brilliant piece of journalism. Let’s hope it creates change.

@krishgm Sad and awful news. Have thought of him so often since your powerful piece. RIP.

It is hoped that Abdurahmane life and death will continue to inspire and will drive the change in Senegal that is so desperately needed.

You can watch the documentary for a limited period on the Channel 4 On Demand facility by clicking here.