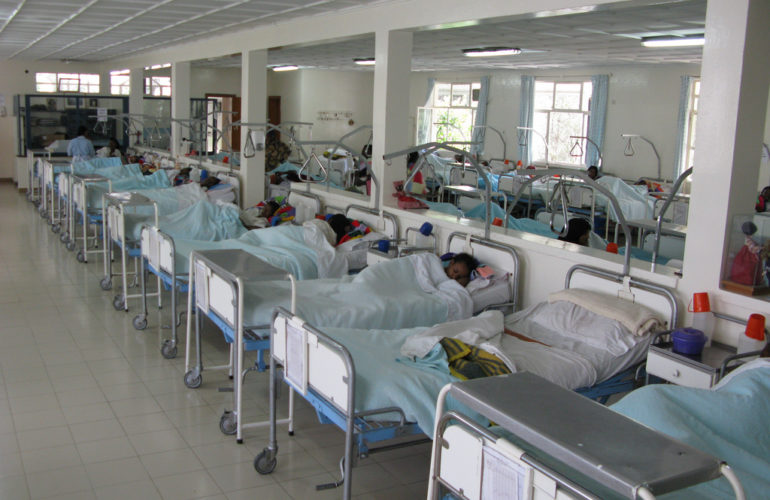 International Day to End Obstetric Fistula is a day to raise awareness of one of the most devastating yet under-documented injuries of childbirth, and there is some positive news to report from Sierra Leone.

A fistula is a hole between the vagina and the urethra or the large intestine and it can result in the uncontrollable discharge of urine and faeces. Don’t stop reading; this is important.

Mary Sesay is from northern Sierra Leone. She works to raise awareness in her community about obstetric fistulaHealth Poverty Action

Obstetric fistula can occur when a woman has a prolonged labour without a trained health worker. It affects the poorest women around the world who do not have access to health services.

The impact of fistula on a woman’s life is devastating. The physical effects include nerve damage that can prevent women walking, and kidney diseases that can lead to death if untreated.

The psychological and social implications are also profound. A common effect of fistula is social isolation. The leaking, wetness and odour mean many women are rejected by their husbands, their families and their communities. It causes feelings of shame, leading to depression and isolation. And all this on top of the sadness of losing a baby, as they rarely survive.

Obstetric fistula can usually be prevented through adequate maternal healthcare, and treated with an operation. However, many women who live with fistula are never treated. Often an operation is not available and even when it is, the social isolation means many women are not aware it is an option. Even health workers are sometimes not aware of the condition or the treatment for it, which means, of course, that they can’t refer women on for an operation.

The United Nations Population Fund (UNFPA) estimates that between 2 and 4 million women in low-income countries live with obstetric fistula, with another 50,000 to 100,000 women and girls developing it every year. However, a study in 2007 noted that there were no solid population-based estimates of the numbers of obstetric fistulas anywhere.

Women usually suffer from an obstetric fistula when they give birth away from a health centre; this means there is no record of it. It is also thought that many women living with fistula do not report it later on because of the shame and isolation they experience. This means that even though the northern half of sub-Saharan Africa has been labelled the ‘fistula belt’, there are no solid figures on its prevalence.

Along with the lack of funding for maternal healthcare, this lack of data is a huge obstacle in preventing and treating fistula, because it means governments do not have the information required to include fistula in their national health strategies.

But a positive step has been taken. Sierra Leone will be including a question on obstetric fistula in the national health survey. With this information, the Ministry of Health will be better equipped to include plans to deal with the condition in the health strategy. They will learn more about how to prevent fistula and how to treat it, and this can only lead to fewer women having to live with the condition.

Sierra Leone is an extremely poor country, known to be one of the worst places to be pregnant. However, it is taking steps to improve the lives of pregnant women, with measures like this one and the Free Healthcare Initiative. Slowly, conditions for pregnant women are improving.

This article was first published by New Internationalist and is republished here with permission.