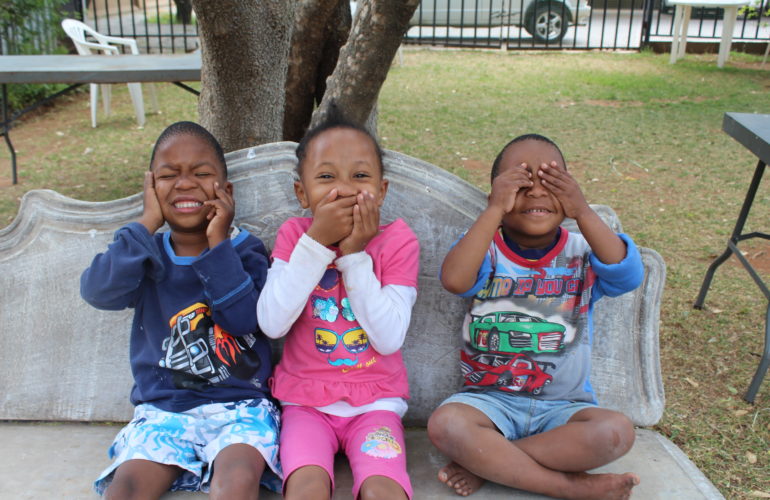 May 8, 2019 | No Comments
Categories: Care, Community Engagement, Featured, and Policy.

Cape Town – Children are dying in pain because the government has not yet implemented its policy on palliative care, affecting paediatric patients with terminal illnesses.
This is the assertion of paediatrician Dr Michelle Meiring, who said while the policy had been approved, there has been no budget to implement it.

“These kids are suffering in pain today. We need to do something more urgently,” she said.

Meiring is a senior lecturer in palliative medicine at the University of Cape Town, the founding director of Paedspal and chairperson of Patch-SA, a national paediatric palliative network.

“There are only a few places in South Africa offering proper pain relief, despite the fact that at least a million children are dying from – or living with – incurable conditions,” Meiring said.

“There’s nothing worse than being the doctor at the bedside of a child whose pain you can’t control.”

Pain isn’t just a horrible experience – it can have very real consequences for the patient’s health.

“Studies have shown that if you don’t treat pain, you can die sooner,” Meiring said.

“We’re feeling like nothing has been done, which is why we’ve called a high-level stakeholders meeting. We’re going to have a discussion saying, you don’t have budget, but what can we do to prevent this denial of children’s rights happening?”

Hospice Palliative Care Association (HPCA) statistics indicate that 100 000 people per year access palliative care. However, HPCA chief executive Professor Liz Gwyther has done research that indicates this is a tiny fraction of the people who need it.

“We worked out that only 20% of the people who would benefit from palliative care actually receive it,” she said.

In the past, palliative care has been almost exclusively offered by non-government organisations such as hospices, with only 10 state hospitals offering palliative care in the country. Gwyther said funding for NGOs was minimal and 10 hospices had to close their in-patient services last year.

However, in 2014, South Africa co-sponsored a resolution at the World Health Assembly in Geneva which called on countries to incorporate palliative care into public health structures.

A National Policy Framework and Strategy for Palliative Care was approved by the National Health Council (HPC) in April 2017. It was formulated by a steering committee of experts.

However, the policy has not yet been presented to the public and there is no budget to implement it.

Health Department spokesman Popo Maja said this was because the NHC approved the policy on the basis that it would be implemented in phases over a five-year period.

“We’re very encouraged that the government is making an effort to integrate palliative care into the public health sector,” Gwyther said. “What we need now is funding, and a dedicated person within the Department of Health.”

Gwyther said the impact on the country’s fiscus would be significant.

“The Medical Research Council estimated this would save the health system R3.6 billion per year.

“Patients would receive better, more appropriate care in their homes and research has shown that palliative care not only improves the quality of life for people living with serious illness, but also lowers rates of depression and that there is a marginal increase in life expectancy.”

Dr Meiring explained that while most pain responds to morphine, which is cheap and readily available, some children develop intractable pain that just won’t go away.

“Every now and then, particularly with kiddies with advanced cancer, they get pain that is just resistant to standard treatment,” she said.

In these difficult cases, the child needs a different kind of opioid which is much more expensive, and requires healthcare workers to be specially trained to use it safely. Because of the expense and lack of training, “kids aren’t getting them, they’re just getting the standard treatment which isn’t working”.

Another issue is that some pain drugs are licenced for use in adults but not children, because it’s difficult to get ethical approval for drug trials in young children.

At Red Cross War Memorial Children’s Hospital, where Dr Meiring is a paediatrician, they have access to the necessary drugs, but elsewhere in the country, children are left suffering in pain until they die.

Meiring said another big problem was that medical students are taught to save patients – not to manage the pain of those who can’t be saved.

“I’ve been in the field for 15 years now. I know how to manage pain and suffering, and communicate with parents properly. These are all the missing skills that we were never taught.”

In order to help bridge this gap, Meiring now teaches a postgraduate diploma in palliative care at UCT.

Maja said that as part of the implementation plan, palliative care training for health workers has already been included in undergraduate programmes in KwaZulu Natal and Gauteng, with the Eastern Cape and Northern Cape commencing later this year, and plans in the works for Western Cape.

Another key component of the implementation plan is improving access to pain medication, Maja said.

“We are presently exploring means to monitor consumption and determine whether supply meets actual demand.”

In an attempt to hold government accountable for implementing the strategy, Meiring has called for a public meeting of all palliative care stakeholders in Johannesburg on Monday.Maja confirmed that Department of Health representatives would be present at the meeting, and had also funded the travel expenses of experts attending.

Weekend Argus can be found here!