Care The Need for Better Communication in the Treatment of Serious Illnesses: Lessons from Palliative Care - ehospice

The Need for Better Communication in the Treatment of Serious Illnesses: Lessons from Palliative Care 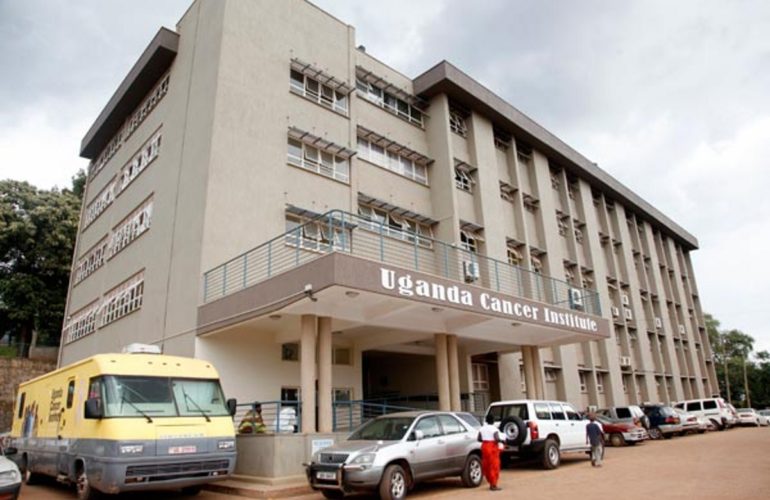 PS is a 48-year-old man who I first saw 2 years ago with the palliative care outreach team from Naggalama Hospital in Uganda. He had a large squamous cell cancer of his lip that was causing pain and which he was coating in herbs, and lived in a small shabby home in a rural village that he was renting where he worked the land to be able to take care of his family. He had been seen, he told us, at the national referral hospital in Kampala where he was advised to go for radiation therapy. I too encouraged him to go for the recommended radiation.  Pointing to the bicycle leaning against his wall, he told me that he would have to sell the bicycle in order to go for one radiation treatment, and if he did that, he would not be able to afford the school fees for his children and they would be unable to get to school on the bicycle. I understood the choice he was making, a choice none of us should have to make.  The palliative care team replenished his oral morphine to help keep him comfortable enough to work the fields.

Over the following year, the palliative care nurse from Naggalama emailed that he had developed a lesion on his penis and she wondered what it was. Seeing him again a year after our first meeting, it was clear that he now had a squamous cell cancer of his penis, likely another consequence of rampant HPV (Human Papilloma Virus).  He had pain in two places now but was reluctant to take the higher dose of oral morphine which the palliative care team had been supplying for him because it made him feel too sleepy in the middle of the afternoon when he needed to keep working. We opted to try an alternative pain medication that we had available in the middle of the day in hopes that it would diminish his pain and not cause the same side effects. The option for radiation therapy was no longer available even if still indicated and affordable since the only radiation machine in all of Uganda had been broken for 4 months.

As the squamous cell cancer on his penis grew, PS became frightened and went back to the national referral hospital’s cancer institute where there is collaboration with a major US cancer center. He was advised to have chemotherapy.  He sold all of his belongings, moved from the home he was renting on the land he was farming and now lives in two tiny rooms on the main road.  He received one cycle of chemotherapy several months ago.  He has not been able to afford to go back for any further treatment and his children no longer go to school. His wife is away “looking for money;” the palliative care team is concerned that she has left him and the children for a new start in life. His squamous cell cancers may be slightly smaller than before the single chemo treatment though his urethral meatus is obstructed by tumor and he has developed a fistula on the side of his penis through which he urinates. His oral lesion now extends to half of his tongue and the mucosa of his cheek.  I wish this man had gone for radiation when he was first diagnosed. But I also wish that prior to prescribing the one cycle of chemotherapy, which has completely impoverished him, someone had explored more carefully whether he would be able to afford the entire course, an effective course. He is now destitute, his children are suffering and his cancer will not get better from having had one cycle of chemo, inadequate treatment.

As a palliative care physician I spend much of my clinical time in the US exploring patients’ understanding of their illness, of treatment options and goals of care, and advocating for ensuring that their understanding and their goals are aligned with the realistic goals of the prescribed treatment. I try to do the same thing each summer when I visit rural Uganda where I work with a local palliative care team, but too often patients have poor understanding of their illness and the intent of treatment, and have received either no, or worse yet, inadequate treatment as a result.

While palliative care is well established in Uganda and a successful effort is made to manage symptoms in the context of limited resources, the incorporation of communication and exploration of the impact of treatment by the treating health professionals, not only on the patient’s cancer but on his or her life and family still seems to be lacking. The palliative care team seeing very poor patients with advanced and often untreated or inadequately treated disease is left to try to help pick up the pieces of financial ruin stemming from inadequate early communication and failure of the medical professionals to ensure that their patients, especially the vulnerable rural patients, are fully and truly informed.

There is a desperate need in Uganda for more person centered care, for better communication between health workers and patients, for true informed consent for chemotherapy. Patients here, especially in rural areas, often have a very limited understanding of their illnesses. It seems irresponsible of the medical professionals -Ugandan medical professionals and their international collaborators- to begin such costly treatment without first exploring whether the patient understands the need for the complete course and whether the patient has the means to finish the proven, effective treatment.  Treating the whole person is our responsibility as physicians, not just the responsibility of palliative care physicians.

This summer, the Uganda Cancer Institute and the Palliative Care Association of Uganda held a Joint International Conference on Cancer and Palliative Care.  The major US academic center that works in collaboration with the Uganda Cancer Institute is heavily invested in continuing to develop its joint research, training and clinical care initiatives. Recently a promising new deal has been brokered by the American Cancer Society, the Clinton Health Access Initiative, the National Cancer Center Network and the African Cancer Coalition with two major drug companies to help make chemotherapy more affordable.  Hopefully these partnerships will also begin to raise awareness of the need to enhance communication between health workers and patients, to consider the whole person and not just the patients’ disease.

Randi R. Diamond, MD is an Assistant Professor of Medicine in the Division of Geriatrics and Palliative Medicine at the Weill Cornell Medical College and New York Presbyterian Hospital where she also serves on the NYPH Ethics Committee.   In addition, she is committed to her work in global health, traveling annually to rural Uganda to provide and teach palliative medicine.  Along with her husband, Howard B. Eison, MD, she is a founding director of the non-profit organization, Palliative Care for Uganda, Inc.