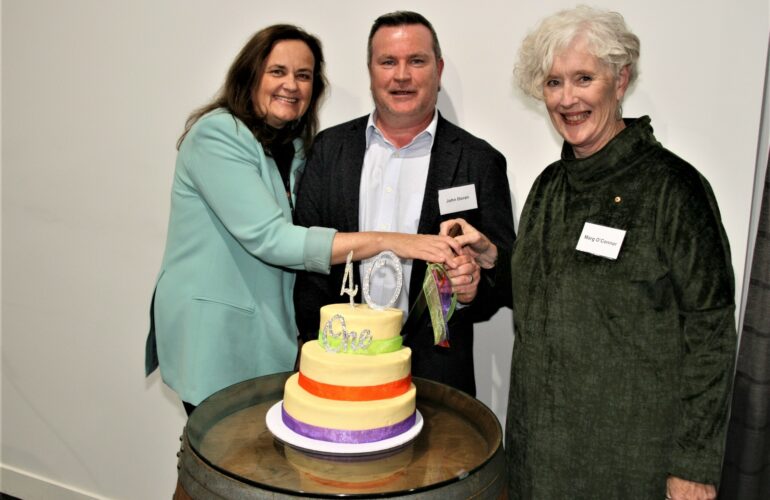 A large group of people recently gathered to celebrate the 40th anniversary of Victoria’s first community-based palliative care service and one of the first services in Australia. Melbourne City Mission’s gathering had been postponed several times because of COVID, so it became 40 +1! A number of the original staff were present and keen to share their experiences with current staff.

Early staff recollected the difficulties of establishing an egalitarian team in the early 1980s, amidst the dominant hierarchical medical model of care. Establishing relationships with acute hospitals to facilitate referrals took a lot of time but was essential. The ‘Royal Victoria Hospital Montreal, Manual on Palliative Care’ guided the daily work of holistically managing an individual’s care, because there was no such literature in Australia. The term ‘palliative care’ was used in preference to ‘hospice’, this reflecting the Canadian approach to distinguish the service from the long-established hospices. And there was no slow-release Morphine or syringe drivers, meaning a reliance on liquid or injectable Morphine delivered every four hours; this caused significant impact on carers needing to get up every night to continue four-hourly administration.

Palliative care services have changed significantly over that time, especially in government recognition by way of funding which covers almost all costs.  Whereas Melbourne City Mission covered much of Melbourne 40 years ago, now many local services provide care across Melbourne and the State. Strong links with acute hospitals, inpatient palliative care units and aged care services, have ensured that care at home is now an integrated aspect of the care a person may need during their illness. And a well-developed multi-disciplinary team provides a range of services seen in other settings of care, into the person’s home.

The program now covers 628 sq km, extending to the edges of Melbourne, caring for about 350 people and their families, at any one time. Education is integral to the team, especially through medical registrar, nursing and allied healthcare placements; and the service is actively involved in internal research, as well as external research with national partners.

This article was republished with permission from Dr Margaret O’Connor.