A cause Windsor West MPP Lisa Gretzky has been pushing for may finally see some support from the Ford government.

Dan’s Law was first brought up in 2016. It’s Gretzky’s private member’s bill that would remove the three-month waiting period for access to OHIP-funded home and palliative care for Canadian residents who move or return to Ontario.

Ontario health minister Christine Elliott was asked if she would support the bill at Queen’s Park on Tuesday. She said she would commit to changing the regulation.

Shortly after, she crossed the floor to shake hands with Gretzky. 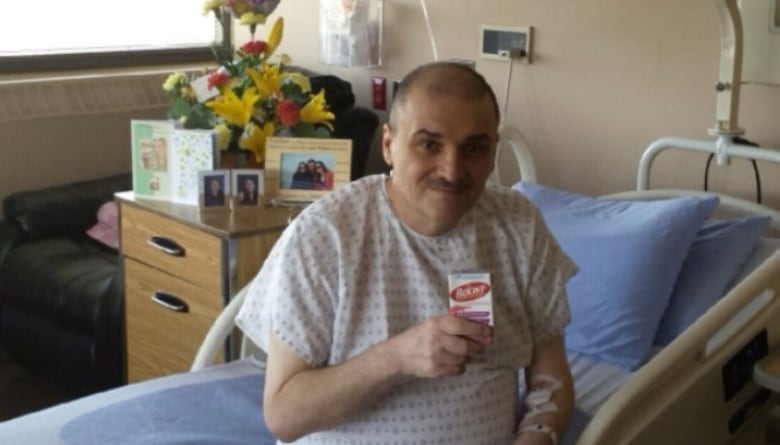 Dan Duma is the namesake for ‘Dan’s Law’ which is a bill in the Ontario Legislature designed to increase access for publicly-funded palliative care for Ontario residents who move out of province who want to come home at the end of their lives. (Anna-Cornelia Duma/Provided )

The bill is named after Dan Duma, a man who returned to Ontario in his final days, but was unable to access publicly-funded palliative care because he had been living in Fort McMurray.

There have been cases like Duma across the province, including Laval Picard, who was living in Quebec City before moving to Guelph to be closer with family after receiving his advanced cancer diagnosis.

A doctor in Windsor-Essex had to get creative to find a way to provide Duma care without his family paying out of pocket. For Picard’s family, a non-profit hospice was willing to take him in pro-bono.

Gretzky said if the regulation does change, it won’t help people like Duma, who has passed away, but it will help people in similar situations in the future.

“The Conservatives have had since June 18 to actually pass the regulation and they haven’t,” she said.

“So I’m hoping that what this means is the minister is going to honour her word in the House today and she’s going to make that change right away.”

With files from CBC Health and Flora Pan