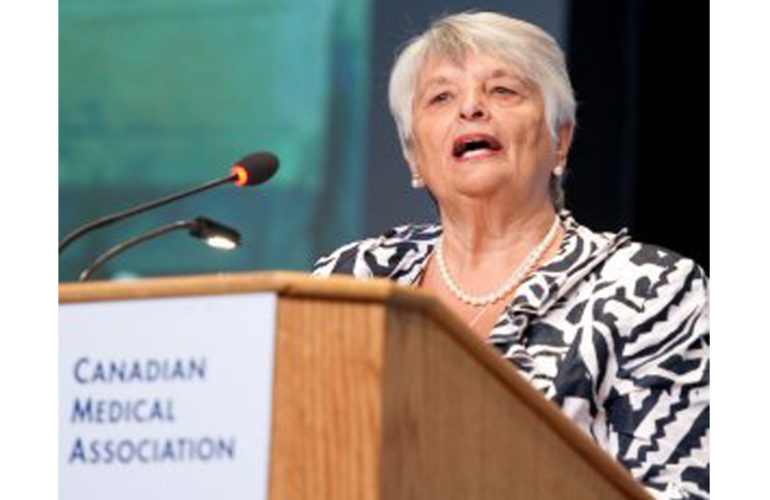 Context for the discussion in Calgary was provided by four Canadian experts in palliative and end-of-life care issues.

Perhaps the most outspoken and emotional of those speakers was Sharon Carstairs, who was appointed to the Senate in 1994 and has chaired two special reports on palliative care. The most recent of these was a 2010 report titled Raising the Bar: A Roadmap for the Future of Palliative Care in Canada. Carstairs noted that while 90% of Canadians need palliative care, only 30% actually have access to such services.

Another point, made most strongly by panelist Eric Wasylenko, a family physician and palliative care expert, was the important role primary care physicians can play in informing and guiding patients and families regarding end-of-life care decisions. His views on this were echoed by other delegates.

Throughout the discussion, delegates referred to various regions – such as British Columbia or Alberta – and jurisdictions where projects to provide more interdisciplinary and community-based programs on end-of- life care have been launched successfully. But other speakers noted this standard of care is lacking in many other areas.

Wasylenko (and colleagues) noted physicians and society are having to respond to a new reality where demographics are changing because of growing populations who live longer, with more chronic conditions. He said this means physicians must embrace three distinct domains of end-of-life care: late life care, palliative care after a life-limiting diagnosis and terminal care.

Near the session’s end, and in reference to comments made at a previous General Council by a federal health minister, Dr. Renwick Mann, of Ottawa, said the in-depth discussion around end-of-life issues should clearly show that Canadian physicians are “anything but immoral or unethical.”

Webcast of this session: End-of-life care in Canada

This article was reposted from the Canadian Medical Association website.