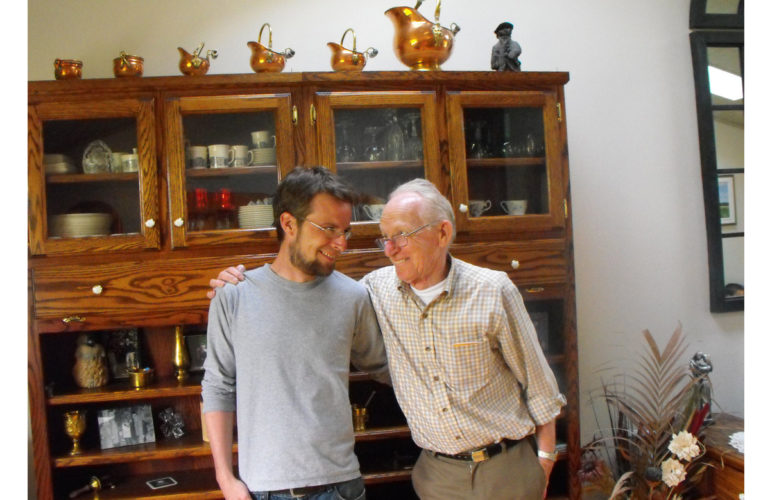 May 21, 2015 | No Comments
Categories: Community Engagement.

Bos’ father was diagnosed with lung cancer in January 2014. After unsuccessful treatment and surgery, he was referred to the Aberdeen Palliative Care Society in New Glasgow, Nova Scotia. There, Bos and his father met with Dr. Gerald Farrell and Rhonda Langille, RN who, according to Bos, listened intently to his father’s symptoms, fears and frustrations and responded with respect, empathy and support.

“[The Aberdeen Palliative Care Society] gave us confidence and support we needed as a family to care for him while also giving him the ability to maintain his independence,” said Bos.

Bos added that they managed his father’s pain along the trajectory of his illness and provided psychosocial support to Bos’ entire family. Bos said they continued to check up on his mother three months after his father had passed away.

Bos was subsequently inspired to walk across Canada in honour of the service his father received and in order to engage fellow Canadians in a conversation about end-of-life care and help raise funds to support it.

According to the National Fact Sheet by the CHPCA, only one in three Canadians have access to hospice/palliative care.[a] “Few of us think about it until we need it,” Bos said.

Bos hopes to raise $25,000 in total as he walks for five months beginning in New Glasgow, Nova Scotia and finishing in Victoria, British Colombia in the fall.