How grief is evolving in the digital age 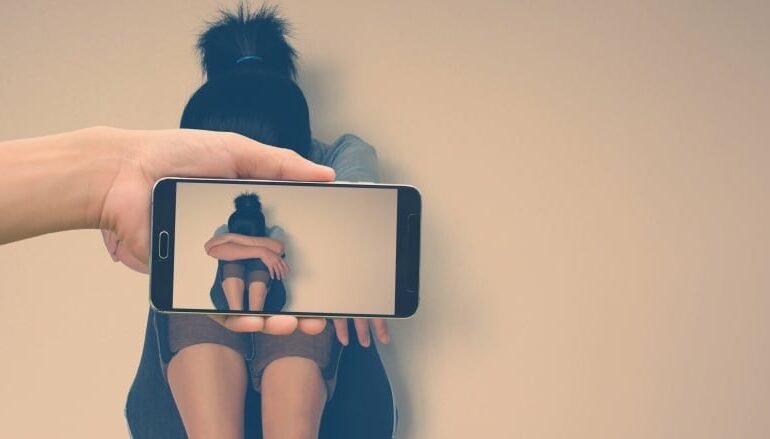 As technologists create griefbots to let the dead live on and mourning families find solace in social media, it might seem like death is different in the digital age. But after more than a decade of counselling bereft families, Nova Scotia palliative care and grief social worker Serena Lewis has found the underlying experiences are the same.
“We’re now leaning heavily on digital and more sped-up connections. But I worry sometimes, in the absence of having rituals, where do people go to grieve?” she told CBC’s Maritime Noon on Thursday.
She compared visiting a dead relative’s Facebook page to visiting their grave. Lewis said while some people turn those social media accounts into legacy profiles, others prefer to keep them active.
I don’t think [death] severs those relationships, but what we’re left with is, how do we keep these people’s memories alive?- Serena Lewis

Lewis said when one of her clients learned their mother was dying, they recorded her telling the story of how she immigrated to Canada so that her grandchildren could one day hear it from her directly.
She compared that to the widespread Indigenous focus on the seven generations that came before us and the importance of telling their stories.
Offline, those who are in mourning often experience “grief bursts,” when something reminds them of the dead person.

Online, Lewis said that can now come in the form of social media algorithms mindlessly showing you old posts involving the dead person, or inviting you to wish them a happy birthday.
She worked with a young woman whose mother sent her “cheerleading” messages before big tests. The woman felt a sharp absence every time she sat down to write a test and didn’t get the pep talk. “That’s not unusual,” Lewis said.
She said some people continue sending messages to their loved one long after they die, or can’t bring themselves to delete their phone number. Others who use chat groups won’t remove a friend who’s died, as they still see them as a friend.

Even without technology, Lewis said, people have always spoken to their late loved ones in thoughts and prayers.
What stories will they tell of us?
She said it shows what’s always been true: death doesn’t end a relationship. Losing a child is devastating, she said, “But are they still our child? Of course. And it’s the same with spouses and our adult parents. I don’t think [death] really severs those relationships. It dramatically changes those relationships, but what we’re left with now is this process of how do we keep these people’s memories alive? And how do we keep the significance of what this person really meant to us?”
Lewis said it’s on the minds of the dying, too. She often asks people facing their last days what they hope their legacy will be. It’s usually a memory of the way they lived: “What will be the stories about us that will be shared in the future?”

It changes little if those stories are told around the dinner table, through a griefbot, or a video recording.
“The process of grieving is working those things through, around the loss of this person, and then all the secondary losses around the communication that they had. I think it’s their way of acknowledging the depth of the relationship and how much meaning that person has had to them. They just need to be able to put these things out there to people,” she said.
Lewis herself holds onto a voicemail left by a beloved neighbour named Jim. She wondered if it was time to erase it. “But hearing his voice and that cheery message — ‘Hello, my dear!’ — I always found that comforting.”