Multidisciplinary team unites in the battle against cancer pain 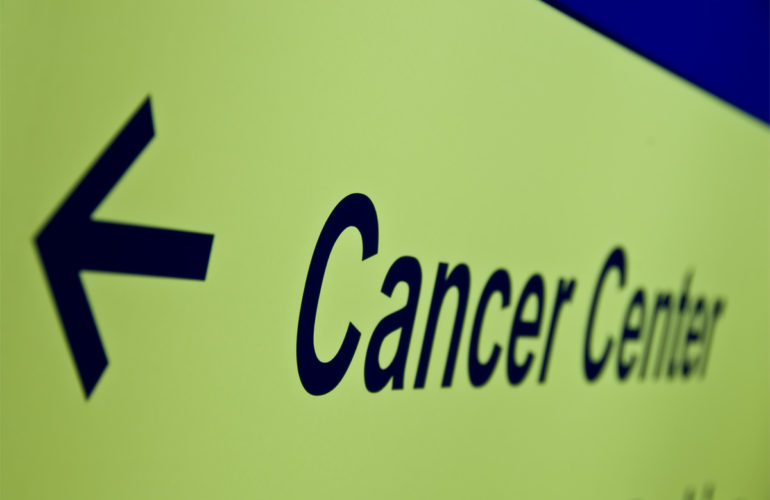 Maureen Comisso has had breast cancer twice. Following the second diagnosis she opted for a double mastectomy in 2006. Then last December, a cancer tumour was found in her spinal cord.

“I received radiation treatment for my vertebrate, which had also fractured from the tumour,” says Comisso, who made a career out of golfing, going as far as being on the women’s Quebec team. “I was in unbelievable pain at the time so I was referred to the MUHC Cancer Pain Service. The pain was so bad I felt suicidal.”

For countless cancer patients like Comisso, debilitating pain is a fact of everyday life and in many cases requires help from specialists to make it bearable. That’s where the McGill University Health Centre (MUHC) Cancer Pain Service at the Montreal General Hospital can help. Launched in March 2011 under the direction of Dr. Manuel Borod and Nurse Manager Rosemary O’Grady, co-leaders of the hospital’s Supportive and Palliative Care Service, as well as Dr. Yoram Shir, director of the Alan Edwards Pain Management Unit, the Cancer Pain Service has helped ease the pain of more than 400 cancer patients since it opened.

Pain is the most common symptom experienced by cancer patients, affecting between 30 and 50 per cent of those receiving treatment and as many as 70 to 90 per cent of patients with advanced stages of the disease. While many aren’t getting the relief they need, Dr. Borod says up to 90 per cent of patients can be treated effectively by using the World Health Organization’s “analgesic ladder” approach, which starts with low-dose pain relief that is increased incrementally, and by using the right drug in the right dose at the right time, until the pain is brought under control.

“Pain can have a significant impact on the lives of cancer patients,” says Dr. Borod, noting that some people are bed-ridden as a result. “If you could imagine the worst pain you’ve felt, consider living with it on an ongoing basis. Add to this, the fact it could have life-threatening implications, you can imagine the impact that unrelenting pain has on cancer patients.”

After almost two years, the Cancer Pain Service has shown promising results. Data was analyzed after the first year and the team found that patients reported a significant improvement in their level of pain. Patients also reported an improvement in sleep, general activity and mood.

Patients seen in the Cancer Pain Clinic are cared for by a multidisciplinary team that includes an anaesthesiologist, radiation oncologist, palliative care physician, nurse, physiotherapist and occupational therapist. Patients experiencing psycho-social distress also have access to a psychologist. Dr. Borod notes that it’s important to treat the whole person, not just the physical symptoms, since ongoing pain can affect many aspects of one’s life.

“It’s not just physical,” Dr. Borod says, adding that his team works to treat ‘total pain’. “Sometimes it’s the whole situation that’s painful and that is having an impact. To ease their pain is to give them a part of their life back.”

For Comisso, she feels very well supported and although she was told to not swing a golf club due to her vertebrate, quality of life has been returned to her. “I could not do it without Dr. Borod and the team,” she says. “I don’t know how people live in pain physically or mentally—I am now well surrounded. The Clinic staff and physicians are so kind and nice to me. They are aware of everything—always asking about my symptoms, how I feel, how I am doing mentally… It is a heck of a team, that’s all I have to tell you.”