Progress continues toward getting a residential hospice in Stratford 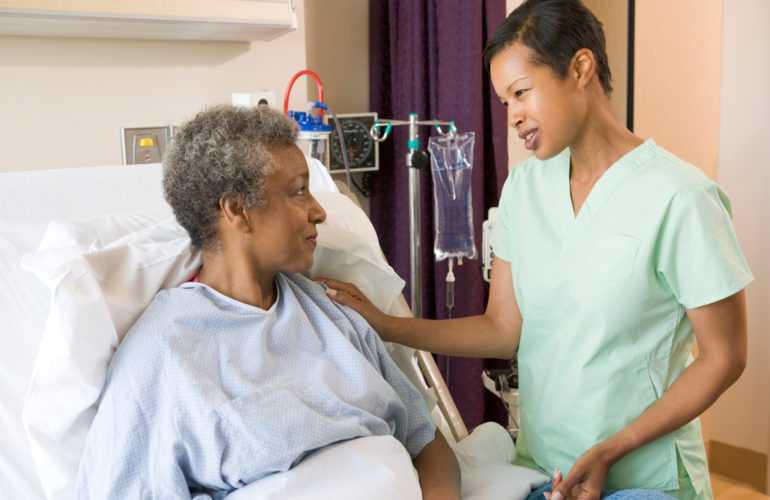 “Oh yes, it will definitely happen. The number of beds and where (to put it) is what we’ll keep on researching,” said Eugene Dufour, residential hospice Stratford Perth steering committee chair.

Dufour’s confidence isn’t out of line. The Rotary Club of Stratford first started gauging interest late last year—more than 200 residents attended that public meeting. About 95% of Canadians want to die in a hospice or at home, Dufour said. Most die in hospital.

Dufour was at the service club’s lunch-hour meeting Thursday to provide an update. Rotary is championing the project.

Since the public meeting, the committee members have met with the South West Community Care Access Centre and 15 agencies interested in hospice. They also visited multiple residential hospices nearby.

While it’s not written in stone, Dufour expects six beds will likely be the right number. The government has required a population of 100,000 and 10 beds for a hospice.

“Well, that doesn’t work for a rural community,” Dufour said.

Dufour expects the steering committee will start a fundraising campaign within the next four to six months.

The design and construction costs are estimated at $2.5 million with equipment costs adding another $300,000 to the bill. A sustainability fund of $1.2 million would also have to be raised. That doesn’t include land.

Those are big numbers but the committee has already solicited advice from some heavy hitters in the community: Andrea Page, Stratford General Hospital Foundation, and Ryan Erb, United Way Perth Huron, both of whom have raised millions in the community.

Once that money is donated it will cost the community another $600,000 annually, Dufour said.

“That’s where we’re spending a lot of time because how do you do that?”

There needs to be a more equitable funding model from the government, he suggested. Government funds cover medical care only– no capital costs or equipment.

“We don’t have to fundraise for hip surgery so why end of life care?”

The next steps will be to develop a business plan and approach the government with that plan in about six months. A feasibility study should be complete within four to six weeks.

The hospice would not cut into Stratford General Hospital’s budget, he stressed. In fact, he argues a hospice will save the hospital money and allow doctors and nurses to focus on acute care.