The Impact of Illness Trajectory Pamphlets 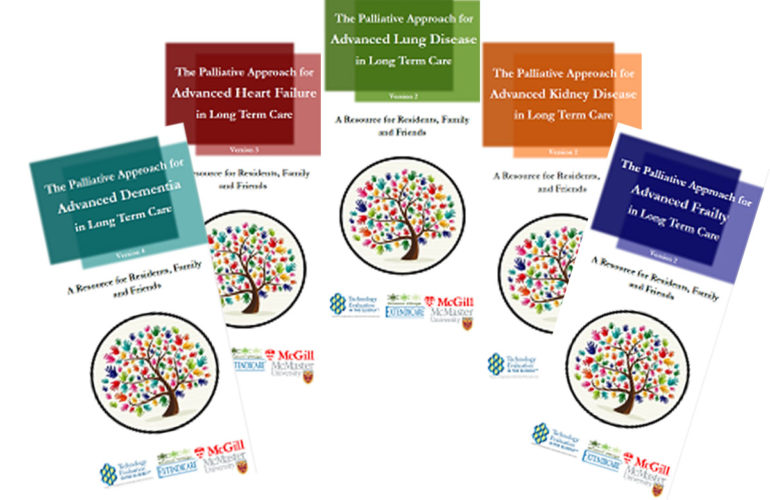 As a part of the Strengthening a Palliative Approach in Long-Term Care (SPA-LTC) Study, five educational illness trajectory pamphlets were developed. The pamphlets focus on five life-limiting chronic illnesses that are most prevalent and inadequately addressed in LTC; frailty, dementia, heart failure, kidney disease, and lung disease. The pamphlets aim to provide information to residents and families/friends about the expectations of each illness, prompting questions to encourage reflection and discussions between residents, families/friends and staff and further resources on end-of-life planning for each illness. Along with providing illness specific information, the pamphlets aid in activating advanced care planning (ACP); the process of reflecting on, discussing, and if desired documenting values and wishes about future end-of-life resident care. ACP typically has many barriers in LTC, including staff discomfort, lack of initiative and reluctance from family members, and lack of available tools to support such discussions. The pamphlets provide a tool to initiate the discussion of end-of-life care and activate ACP.

The results suggest that most residents and family perceived content as useful and would share it with others. Using the pamphlets also improved comfort in discussing values and care preferences about end-of-life care. Many residents and family/friends reported the intention to engage in future conversations about care.

Both French and English versions of the pamphlets are now available online as a PDF which can be printed and distributed in homes. In the future, alternate methods of pamphlet distribution and staff follow-up will be considered.