Care, compassion and the community in Uttarakhand, India 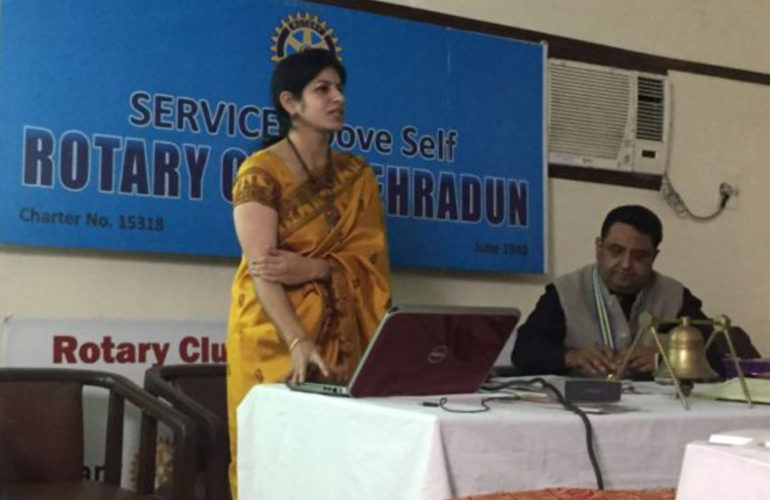 I personally believe that the biggest barrier to involvement of the community in health care is the simple fact that it is a massive change from the way health system functions now.

There is a natural resistance to change. Everyone, including administrators, doctors and nurses, wonders how that can happen.

The simple truth is that it is already happening all around us. We are simply unable to see it and allow it to grow. When I visited Dehradun in Uttarakhand, I saw two examples of this.

First, when the rotarians of the city invited palliative care activists to speak to them and to have a discussion. They have already constructed a building; they want help to convert it into a palliative care centre.

As I joined the local team on a home visit, I saw a second example. One of the patients, Beena Devi*, was in Prem Dham, a home for the aged.

Beena Devi was in pain from advanced cancer, now partially relieved with morphine. A young woman who was waiting, approached us with a lot of queries – just exactly the kind of question that any family member would ask about a relative undergoing treatment.

Would she have more pain? Would this tablet cause any harm? How can we make her better than she is?

The young woman, Shalini*, was a volunteer from the neighbourhood. One who would drop in at Prem Dham just to give companionship and to help the residents.

She had already found one answer to the last question: she pointed to the yard where a car was waiting with a young man and an eight-year-old girl.

Shalini explained; the girl was her daughter and the young man was a friend who had offered them a ride. They were planning to take Beena Devi out to the coffee shop for a snack and a coffee.

And here we doctors were wondering how to get the community involved! The community is already involved. We only need to take the trouble to engage them and welcome them to our fold.

This article was originally published in the Pallium India newsletter.