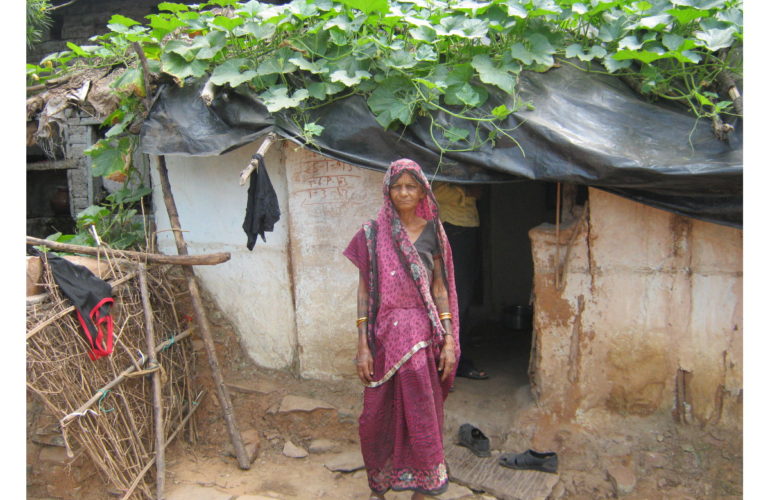 Established in 1970, EHA seeks to serve the rural poor in north India. With a catchment population of nearly seven million, the hospitals treat over 700,000 patients annually.

In this middle-income country, inequality means that poverty is a major problem. 833 million people live in rural areas (1), with only 5% of households eligible to pay income tax or professional tax.

Only 9% of households have a salaried member in the government or private sector. In 74% of households the highest earning member earns less than INR 5,000 a month (2), and nearly half of rural households depend on casual labour (3).

Given the poverty of the people accessing their services, EHA staff noticed that many spend a lot of money on ineffective treatment before joining the palliative care service.

Yashoda lives in a village in Uttar Pradesh. She is a widow with no close family. Her husband, two sons, daughter and daughter-in-law succumbed to tuberculosis, leaving her with huge debt and with little social support.

Diagnosed with breast cancer and unable to meet treatment costs, she was destitute until the palliative care team provided holistic care.

Mohammed, also from a village in Uttar Pradesh, died of oral cancer. His wife and children were turned out of their home by his brothers.

Many patients’ families do not know that they are entitled to government subsidies for healthcare and government benefits such as widow’s pension and old age pension.

Many close family members of the deceased, in particular widows and children, are disinherited.

Convinced that palliative care can address these drivers of poverty, EMMS International and EHA implemented a pilot project called Poverty Reduction in India through Palliative Care.

Participants in the pilot study were people and their families accessing palliative care at three EHA hospitals in Uttar Pradesh where palliative care services were initiated from 2010 in response to the absence of such care among the rural poor. The principal investigator administered 129 pre-tested questionnaires, which was 83% of the caseload.

Through the study, the researchers found that:

After completing the study, the researchers concluded that EHA and EMMS International could further reduce the poverty of these most needy families if they enhanced and expanded EHA’s holistic palliative care services.

To achieve this goal of poverty reduction, the service needs to be more systematic, on a larger scale, in more depth, and at an earlier stage of illness.

EHA’s palliative care services are well positioned to refine the model and research further its effects on household poverty and on hospital economics.

Find out more about EHA and EMMS International online.