Of tsunami, an aerated orange drink and an omelette – a story from India 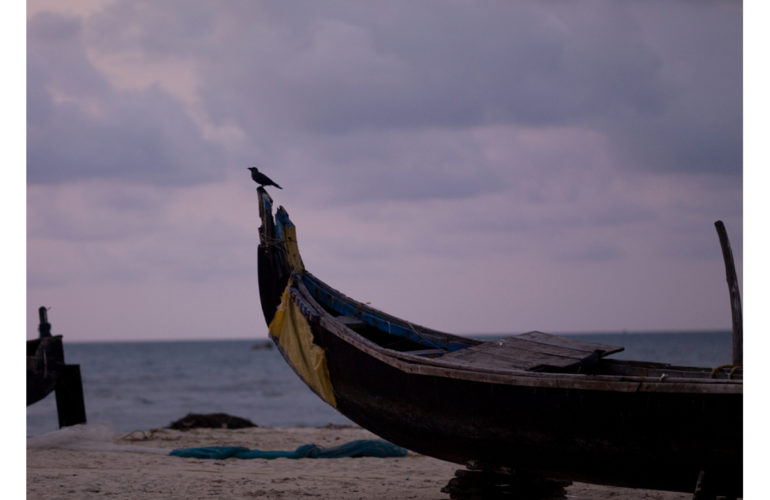 The news came from Ms Hanife MacGamwell of CanKids, New Delhi. She forwarded a request from Dr S. Sathiya Babu in Cuddalore in Tamil Nadu, about a 17 year old girl, Rani (name changed), orphaned by the horrendous tsunami of 2004. Rani had survived the Tsunami only to get osteosarcoma with metastases. Her relatives had abandoned her. Dr Sathiya Babu said: “Rani’s hospital says there is nothing more for them to do, could someone offer her a home and palliative care?”

There was a lot of activity in Pallium India that afternoon. Ms Rakhi Santhosh, the head of nursing and Mr Manoj G. S., our CEO, decided that if it is the best thing for the girl, she should come and make a home with us. Ms Smriti Rana, our volunteer psychologist, who overheard the conversation, immediately volunteered to find enough funds to bring the girl across, and even go to Tamil Nadu to bring her. We talked to Dr Mallika Tiruvadanan, who said she would offer Rani a home and palliative care in Chennai. But we did not have a phone number to contact the girl. It took many hours to find Dr Sathiya Babu, through Dr Srikanth, a palliative care physician in Puducherry.

Dr Srikanth found out from Dr Sathiya Babu that, five days previously, the girl had been sent away from the hospital because “there was nothing more for them to do.” Dr Sathiya Babu had been looking after her for those five days in his office, but he had no facility to keep her indefinitely.

Finally, Dr Sathiya Babu found St. Joseph’s Hospice for Dying Destitutes in Dindugal, went through mazes of formalities and moved her to the hospice. But they had no palliative care physician and could not offer her symptom control. There she was, with pain and maggots. And it was heart-breaking to hear that Rani was now separated from her 14 year old brother. Why on earth! Each was all that the other had in the world; they had braved the world together in the many cruel years after the Tsunami. Why did each have to be torn away from the other in these most important days of the girl’s life?

Well, she is just one of the 21 million. But the boy is not part of that statistic. The conservative estimate does not count the millions of family or community members affected when someone close to them need palliative care.

Dr Srikanth travelled 100 kms to the hospice to see Rani. She was in pain and Dr Srikanth made sure that she got the morphine that she needed. She needed one more thing – she asked for an aerated orange drink, which she loved. The nearest village where they could buy it was 20kms away, but on the way to Chennai in the ambulance they stopped at the earliest opportunity and made sure that Rani got all that she wanted – the aerated orange drink, an egg dosa and an omelette.

To everyone who moved mountains to make all this possible – Dr Sathiya Babu, who kept her in his office room for five days till he could find a place, and struggled with the legal formalities, Rev. Father Thomas, who accepted her in his hospice despite all the limitations and lack of facilities, Dr Srikanth, who spent all his Sunday travelling and many hours on previous days to help Rani, Raghu, a medical student, who accompanied Dr Srikanth, Ms Smriti Rana, who was running a fever and still wanted to go to help Rani, Dr Mallika Tiruvadanan and team who took Rani in with love – we at Pallium India touch your feet. There sure is God in you.

An article by ICPCN talks about a support service for families of children needing palliative care in Germany. It is good to hear that some good things are happening at least in some countries. Maybe, some day, the few million Ranis and their brothers in the developing world will not be told: “there is nothing more we can do.”

This article originally appeared on the Pallium India blog. It is reprinted with permission.