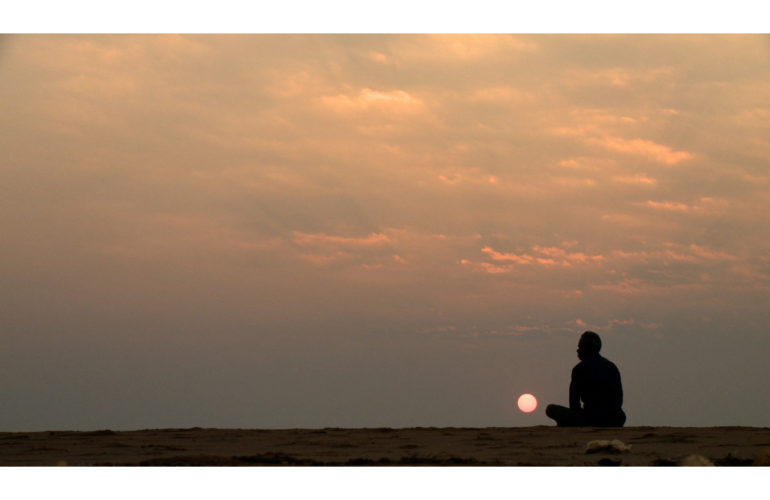 Friends told Raghunath, a truck loader, about a free cancer hospital in Pune, near Mumbai, called the Cipla Palliative Care and Training Centre. They arrived in late September, and Raghunath has been learning how to look after his father while staying there.

The free hospital offers accommodation and meals to patients’ relatives. In the men’s ward, Raghunath changes the dressing on his father’s cheek where the lining has been eaten away. His father is on morphine. “I was terrified when he was at home because I didn’t know what to do. Here, his pain is under control,” he says.

The 52-bed hospital is one of a handful of palliative care centres in India and has cared for more than 8,000 patients over the past 15 years. It’s unique in two ways: first, there is an adequate supply of morphine provided by Cipla, a generic drugs giant. Second, the staff are trained in palliative care, which focuses on relieving and soothing the systems of a life-threatening disease.

These two factors are generally missing in India. About 70 per cent of cancer patients in India require palliative care because most cases are diagnosed in the advanced stages. “It’s been estimated that only 0.4 per cent of the 2.5 million cancer patients in the country at any given moment have access to palliative care,” says Dr Priyadarshini Kulkarni, head of the hospital.

In September, a World Health Organisation report upbraided India for the red tape around morphine, saying it was responsible for the “sub-optimal” use of morphine. Ironically, India is one of the biggest producers of opium in the world. It exports most of it to Western countries, but Indians inside the country are denied it.

“Hospitals don’t store it, pharmacists won’t give it without a specific dosage, and doctors are not trained in dosage so they dare not prescribe it,” says Dr Nagesh Simha, president of Indian Association of Palliative Care in Bangalore. “Government rules make it almost impossible for a hospital to get morphine. You need six licences, which can take years to get.”

The culprit is the 1985 Narcotic Drugs and Psychotropic Substances Act aimed at curbing the trafficking of drugs such as morphine – without any exception being made for its use for the terminally ill.  Any doctor prescribing it without the relevant licences can end up in jail and be ineligible for bail.  Most hospitals and pharmacies, afraid of ending up on the wrong side of the law, abandoned the use of morphine. Because it was almost impossible to procure, doctors abandoned its use for palliative care.

Soon after the 1985 law came into effect, experts say the use of morphine as a painkiller plunged by 97 per cent.  Families have to watch their loved ones writhe in torment.  Some terminal patients prefer suicide to the pain.  At that stage, it is hell for their relatives.

In the women’s ward at the Cipla hospital, Prashant Dhingre recalls how his wife, Ruchira, suffered at home from breast cancer. Their family doctor in Pune was unable to relieve her pain. The government hospital had no cancer ward, never mind pain management experts. When they arrived at the Cipla hospital in late September, they walked through the gates into the dappled sunshine of the courtyard with its two majestic palms. Dhingre instantly felt a surge of relief. “When the nurses took over and the doctor told me he would ease her pain, I felt as though a great weight had been lifted from me,” he says. Ruchira, a magazine journalist, can manage a smile. Her prognosis is not good, but at least she will be able to go home and her husband will help collect morphine from the hospital when she needs it.

Palliative care is new to India and gaining ground only very slowly.  But people like Simha are trying to change things and the southern state of Kerala has pioneered a voluntary scheme.

The Pain and Palliative Care Society, set up by the Institute of Palliative Medicine in Kozhikode, Kerala, has thousands of volunteers helping some 2,500 patients in pain management and psychological counselling. The volunteers include retired bankers, bus drivers, policemen and auto rickshaw drivers who all pitch in by visiting the homes of the terminally ill for a few hours a week. Kerala had a special mention in the WHO report for having simplified the maze of regulations around morphine.

In 1998, when New Delhi allowed state governments to ease the rules if they wished, Kerala was among the 14 out of India’s 28 states which acted on the opportunity. Morphine is much more easily available in Kerala now. Realising that easier access to morphine did not necessarily lead to misuse, the Health Ministry is considering a revision to its law on morphine.

It was also galvanised into action by a ruling from the Supreme Court in August, ordering top civil servants to make morphine available for terminally ill patients. The ruling was in response to a petition filed by the Institute of Palliative Medicine which, along with patient advocacy groups, has been lobbying tirelessly for the law to be changed. An amended law is likely to be passed in the winter session of parliament.  “It will be a great blessing. Access to painkillers should be a basic human right,” says Dr Pradeep Kulkarni from the Cipla hospital.

In another step forward, the Indian Medical Council recognised palliative medicine as a distinct speciality six months ago.  A batch of students has started training at Tata Memorial Hospital in Mumbai. Simha is a surgeon who turned to practising palliative medicine after three kidney transplants.  His doctor advised him to avoid surgery because of the risk of catching infections from his patients. As luck would have it, he had trained in palliative medicine at Cardiff University in Wales, and he took it up full time on the advice of his doctor.

He sees progress happening in Asia gradually. “In Thailand, Bangladesh, Malaysia, Sri Lanka, there is work happening in palliative care, even if it is just short courses to make the medical fraternity more aware,” he says.

Experts say that Asian culture can be an impediment to palliative care. “There is a taboo against talking about imminent death from a terminal disease. People want to keep the patient optimistic,” says Dr Nitin Patel in New Delhi.

But the problem is not confined to Asia.  A 2011 report by the Human Rights Watch organisation said that 60 per cent of people who die each year in low income countries need palliative care. Morphine is a drug of the rich. Nearly 90 per cent of morphine consumption is in North America and Europe. Developing countries consume only 6 per cent even though they have a far higher number of people suffering from cancer and Aids.

“It’s sad that the poor don’t get morphine. After a lifetime of poverty, a serious disease is the final cruelty. They also need to die with dignity, but it doesn’t happen,” says Dr Pradeep Kulkarni. Amrit Dhillon