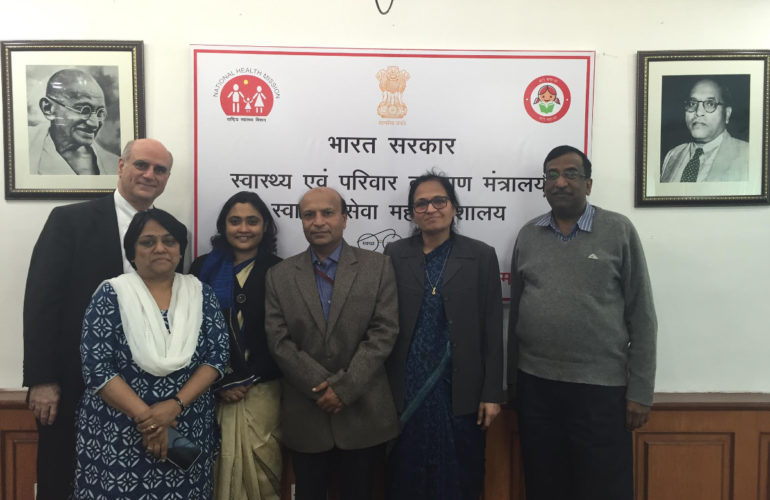 The WHA resolution calls on health systems of all member countries “to integrate evidence-based, cost-effective and equitable palliative care services in the continuum of care, across all levels, with emphasis on primary care, community and home-based care and universal coverage schemes.”

The Pune Declaration has further appealed to the Indian government for adequate funding and effective implementation of the National Programme for Palliative Care (NPPC), which was created by the Ministry of Health and Family Welfare in 2012.

It has also called for nationwide implementation of the Narcotic Drugs and Psychotropic Substances (NDPS) Act, as amended in 2014. Finally, the declaration has asked for undergraduate palliative care education by the Medical Council of India, Indian Nursing Council, health universities and by medical institutions and colleges.

Speaking at a special session during IAPCON 2016 to review the implementation of the WHA resolution in India, Dr Stephen Connor, Executive Director, Worldwide Hospice Palliative Care Alliance (WHPCA), pointed out that about 100 million people, including patients and their families, are estimated to need palliative care every year.

Ironically, while as much as 80 percent of this need is in low- and middle-income countries including India, 80 percent of palliative care is delivered in developed countries.

Quoting available statistics from India, Dr Connor pointed out that more than 6 million people throughout the country need palliative care. With 17 percent of the world’s population in India, this was more than 15 percent of the global need.

Cardiovascular diseases accounted for nearly 20 percent of all identified causes of death, with respiratory diseases accounting for 10 percent. Non-communicable diseases were the most likely cause of death both in urban (56 percent) and rural (40 percent) areas. With an aging population, the need for palliative care was more pronounced among the elderly – 30 percent among those aged 70 or more, Dr Connor added.

Dr Alok Mathur, Chief Medical Officer, Ministry of Health and Family Welfare assured the meeting that the government was already acting on implementing the various provisions of the WHA resolution.

For the latter, funds have been allotted for physical infrastructure, human resources and training. The government has also provided for capacity building at colleges and tertiary care centres under the Cancer Control Programme.

He added that for home-based care, personnel had been posted at the primary and community health centres under the National Programme for prevention of Cancer, Diabetes, Cardiovascular Disease and Stroke.

After the expert committee submitted its report in 2012, in 2014 the central government has released funds for palliative care to seven states. Six new states are being provided funds in the current year. He observed that the recent amendment to the NDPS Act would enable single-window control of issue of narcotics for palliative care.

As for education, Dr Mathur stated that the government was trying to persuade the Medical Council of India to introduce palliative medicine in the undergraduate curriculum in medical schools.

While the ministry was getting proposals only from about seven out of the total of 35 states and union territories, Dr Mathur assured that that the government had the political will and had earmarked sufficient funds for the implementation of palliative care programmes across the country.

Dr M.R. Rajagopal, Director of the Trivandrum Institute of Palliative Sciences (a WHO Collaborating Centre) and Founder Chairman of Pallium India, regretted that the National Programme for Palliative Care (NPCC), which raised a lot of hopes, had not taken off for want of funds.

While the envisaged national palliative care cell has not materialised, the state governments are wary of forming cells as they are unsure about continuity in funding.

He pointed out that the government provisions permit cancer centres to spend up to 10 percent of their budget on palliative care. However, for want of any obligatory binding, this has not been happening. Medical colleges too are facing a funds crunch.

“This makes it difficult to ensure palliative care becomes part of the continuum of care, as the WHO would like it to be,” Dr Rajagopal remarked.

Dr Rajagopal asked how, in the absence of budget allocation, India could integrate palliative care at all levels – primary to tertiary. He added that, for the same reason, implementing the amended NDPS Act across all states was a very difficult task.

He called for clear guidelines for government collaboration with NGOs “to act as technical advisory agencies for the process of community awareness, mobilisation and empowerment in the field of palliative care programmes.”

Dr Sushma Bhatnagar, Head of Onco-Anaesthesiology at the All India Institute of Medical Sciences, New Delhi, threw light on the work being done by various institutions in the northern and eastern parts of the country, despite various challenges. She added that there was a need to create greater awareness about the work being done in these regions.

Dr Rumana Dowla, Founder and Chairperson of Bangladesh Palliative and Supportive Care Foundation, Dhaka, Bangladesh, briefed the delegates about the work being done in that country to implement the WHA resolution.

She regretted that palliative care remained “an unresolved hurdle in Bangladesh’s path to provision of quality public health services.” While policy obstacles and underinvestment continued to plague the health sector, she was happy that domestic and international organisations were working to tackle the challenges.