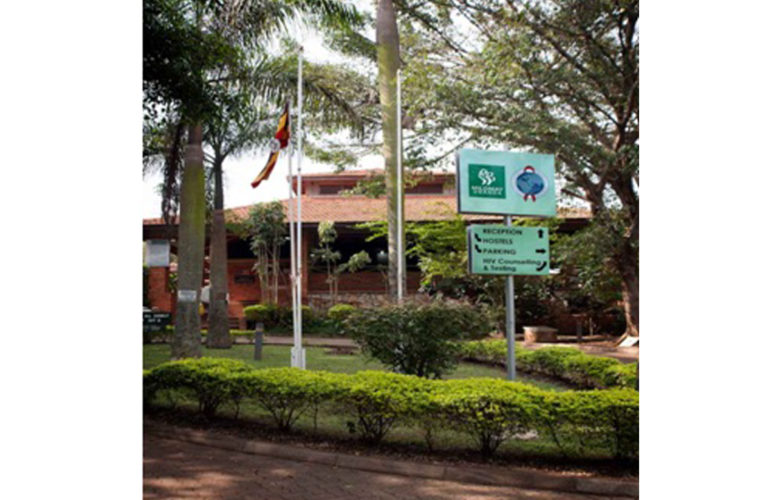 It is a journey that began in 2009 when Mildmay Uganda  was selected to be one of the three  organizations in Africa, to establish a Children’s Palliative Care (CPC) Training and Clinical Excellence Centre. The aim of the project was to improve access to children’s Palliative Care services in South Africa, Tanzania, and Uganda, through better-trained health professionals. The Diana princess of Wales’s Memorial Fund, helped fund the three year project.

In Uganda, a total of 163 health professionals were trained in Children’s Palliative Care during the project period. Seventy of these were trained on a six months certificate course, and 93 were trained on the 5 day short course on an Introduction to Children’s Palliative Care for multidisciplinary professionals. The trained health professionals included Nurses, Doctors, Clinical Officers, Social Workers, Psychologists, Counsellors and Physiotherapists. The evaluation of this course revealed that it was extremely useful and student’s confidence in Paediatric Palliative Care practice improved. On the other hand, the evaluation showed that the course load was too much for a six months certificate course. There were also other critical areas that were either lacking, or were not adequately addressed in the curricula. These included programme management, advocacy and networking, plus research and teaching skills. This partly explained the difficulty that some trainees met in implementing CPC activities.

With the above background and justification for development of a diploma curriculum in Paediatric Palliative Care, a request for funding proposal was written by Mildmay Uganda, and submitted to the Diana Princess of Wales Memorial Fund in September 2011. The funding was secured and work on the curriculum commenced in November the same year. A stakeholders meeting was held on 3 November 2011 at Mildmay Uganda. The purpose of the meeting was to get input from a wide range of stakeholders that work with children with life limiting, and life threatening illnesses, into the diploma curriculum.  This initiative was led by a Curriculum Development specialist from Makerere University. The meeting drew representatives from several organizations including Mulago Palliative Care Unit, Hospice Africa Uganda, African Palliative Care Association (APCA), Makerere University, Baylor Uganda, Palliative Care Association of Uganda (PCAU), Uganda Medical and Dental Practitioners Council, Uganda Counselling Association, Department of Paediatrics and Child Health Makerere College of Health Sciences and Infectious Disease institute, among others. The meeting played a leading role in shaping the key content areas in the domains of knowledge, skills and attitudes, to be included in the curriculum.

Thereafter, a technical working group led by the Curriculum Development Specialist, was constituted. This group had representatives from Hospice Africa Uganda, PCAU, APCA, Makerere College of Health Sciences (represented by a professor of Paediatrics and Child Health), Uganda cancer Institute, the Uganda Nurses and Midwives Council, and the team from MUg. This team worked tirelessly for 5 days, at the end of which they had presented a “Draft Curriculum.” The MUg team, led in editing the Draft Curriculum.

The first curriculum was submitted to the National Council of Higher Education in January 2012, for review and possible accreditation. However there were a few challenges in getting the curriculum accredited.  MUg received the first feedback from the council in June 2013. The curriculum had not been accredited because of specific issues especially to do with calculation of the credit units, stating the minimum qualification of a health professional needed to enter the program and it lacked a list of academic staff with their qualifications for each module. The proposed changes were incorporated and the curriculum resubmitted early August 2013. Thereafter, the curriculum was reassessed by the council, with suggestions of a few minor changes.

Accreditation finally secured
The curriculum was finally accredited by the council at its 29th meeting on 27 September 2013, for a period of five years. MUg hopes to commence the training early next year. It is an advanced diploma course that will run for one academic year. The program targets health care workers who are already professionals in their areas of speciality. Specifically the program targets medical doctors, clinical officers, nurses, physiotherapists, counselors, social workers, psychologists and spiritual counsellors. Specific dates will be communicated in due course.

Mildmay Ugunda is eternally grateful to the Diana Princess of Wales Memorial Fund, for the financial support that has made it possible to achieve this milestone! Thank you to all the organizations and individuals mentioned above, who supported the certificate training in Paediatric Palliative Care, and all those who contributed to the curriculum development process. Special thanks to Joan Marston (Project Coordinator for the 3 country Beacon Centre Project, and Chief Executive ICPCN), and Laura Ross Gakava (Senior Programme and Policy Officer, Palliative Care Initiative at the time), for the support that enabled Mildmay  Uganda to excel, while implementing the beacon centre project. Mildmay Uganda would also like to acknowledge Dr Justin Amery (Author of the textbook, Children’s Palliative Care in Africa), this is a very resourceful book in CPC. Special thanks to Dr Michelle Meiring (Paediatrician and Paediatirc Palliative Care Expert from South Africa, for equipping the navigators with the necessary knowledge and skills to carry forward CPC. Last but not least Mildmay Uganda would like to acknowledge the contribution to this project by its former directors Dr Emmanuel Luyirika, Dr Ekiria Kikule and Irene Kambonesa.