Celebrating Inspirational Leaders with a spotlight on Dr Marie Friedel 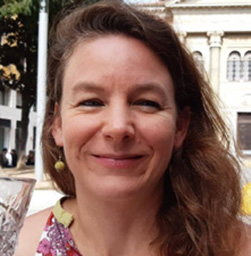 This year, the theme for this year’s International Nurses Day was “A Voice to Lead – A vision for future healthcare”.

We are delighted to spotlight Dr Marie Friedel from Belgium, who features in the Palliative Care – Celebrating Nurses Contributions’ report.

Since 2008, Marie has been actively involved in the development of Paediatric Palliative Care (PPC) education and research in Belgium. This has been crucial since 2014 when the Belgian law on euthanasia was extended to minors, without the restriction of age, making Belgium the only country in the world to have such a controversial jurisdiction.

Despite many organisational and institutional challenges, Marie successfully created the first interdisciplinary and continuous PPC education programme in 2012, in collaboration with the Haute Ecole Vinci. Then, in 2015, she helped organise two international conferences with the FAPS (Formation en algologie pédiatrique soins continus et palliatifs) one on neonatal palliative care (2015) and another on palliative care in adolescents (2017). She also served on the scientific and organisational committees for the 8th PPC Conference of the Réseau francophone de soins palliatifs pédiatriques.

Since 2015, she has passionately committed herself to a PhD in Public Health (which she has recently completed), the first in Belgium focusing on PPC, at the Institute of Health and Society (IRSS-UClouvain). Her PhD research advocates for children’s voices when they are facing life-limiting and life-threatening conditions. Currently, she is conducting the MOSAIK (Move to Open Shared Advanced Interventions for Kids with life-limiting conditions) study, which aims, through a mixed methods design, to assess self-reported outcomes for children and parents in a PPC context.

She works closely with all PPC teams in Belgium and collaborates with institutional Belgian palliative care platforms and international palliative care associations, such as EAPC and ICPCN. Within the Belgian Paediatric Palliative Care group, coordinated by Dr. M. Renard, she contributed to guidelines on PPC in Belgium, which shall be published in 2021. As a researcher at IRSS-UCLouvain, she served as principal investigator, a study, commissioned by the Fédération bruxelloise pluraliste de soins palliatifs, which found that only 1.7 % of all children admitted to a hospital with complexchronic conditions in the Brussels region between 2010-2014 had access to a paediatric liaison team, which provides both curative and palliative care. The results of this study were presented at the Brussels Parliament in October 2018 and led to a publication.

Beside her work in research, she is a Lecturer at Haute Ecole Vinci in the department of Nursing and Midwifery. There, she created several courses in ethics, paediatric and neonatal palliative care. With the collaboration of the Faculty of Medicine at UCLouvain, she has co-ordinated since 2016 an annual interdisciplinary seminar for 650 medical and nursing students to foster interprofessional collaboration by discussing case studies related to ethical dilemmas.

More recently, she is the initiator for the first time in Belgium, thanks to the collaboration with the GIP (an interuniversity and interdisciplinary group in perinatality) and Haute Ecole Vinci, of a 3-step education programme in perinatal palliative care training aimed at obstetricians, paediatricians, gynaecologists, psychologists, midwifes and neonatal nurses.

You can read more about inspirational nurses in palliative care here. 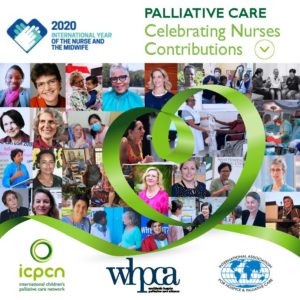