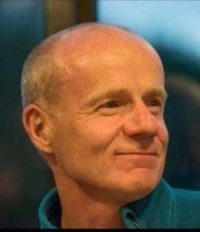 Written by Dr Susie Lapwood and Prof Julia Downing on behalf of ICPCN, EAPC, APCA, Together for Short Lives and APPM.

It is with great sadness that we share the news of the sudden and unexpected death of our friend and colleague Dr Justin Amery on 24 July 2021. He was known to many of us as an inspirational pioneering doctor in paediatric palliative care. But he was also a general practitioner, educator, trainer, researcher, writer, mentor, appraiser, coach – and poet. A GP, GP trainer and medical student tutor in Headington, Oxford for most of his medical career until his untimely death, he became involved in children’s palliative care through his role as Medical Director at Helen House Children’s Hospice from 1995-2005 where he was instrumental in setting up Douglas House hospice for young adults. 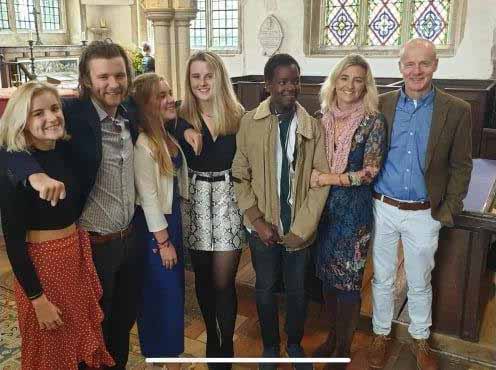 On returning to the UK, Justin continued to be involved in international children’s palliative care, helping to develop new children’s palliative care services in Africa, supporting children’s palliative care education and development in a range of countries and writing the book “A really Practical Handbook of Children’s Palliative Care for Doctors and Nurses Anywhere in the World” through the support of the True Colours Trust. A book that he made freely accessible to everyone, and one that would be as useful in the USA, Bolivia and Uganda. Both of these books are freely available via the ICPCN website, and Justin has been supportive in enabling translation of his really practical handbook, with translations in Greek and Indonesian being completed shortly after his death. Since 2011 he has been supporting the children’s team at Keech Hospice Care and has been committed to mentoring, training and supporting people working in children’s palliative care around the world. More recently, he wrote the Integrated Practitioner series to support practitioner development and wellbeing, the 4th of which ‘Integrating everything’ (CRC Press) is currently available to download free.

Many of us working internationally got to know Justin through time spent collaborating with him on the writing of his books, training in different countries including South Africa, and during his time at Hospice Africa Uganda. Some reflections from colleagues include: 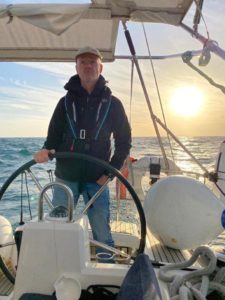 “Justin and his family enriched our work by their time with us at Hospice Africa. He increased our knowledge for children’s palliative care and he and his lovely family are greatly missed as they returned home with a new Ugandan brother. Haji, our child with retinoblastoma, is forever remembered on the cover of his book, written following his experiences with us. He is now 19 and doing well. May Justin rest in peace and may Karen and family be comforted by his legacy to may African health workers who have benefitted by his book, becoming closer to the suffering child.

Joan Marston, Former Chief Executive of ICPCN remembers the time working with Justin in South Africa helping to develop and pilot training based on his book:

“Justin will forever remain part of the development of children’s palliative care, in Africa and globally, with his compassionate humanity and his ability to energise others to get things done through his vision, his example, his writings and his teaching. From Justin we learned the value of reflection; and the necessity to play after the work was done! Gone far too soon – rest gently our fellow Navigator. “

Dr Julia Ambler, Deputy Director and Co-Founder of Umduduzi Hospice Care for Children in Durban, South Africa, and worked with Justin as a GP Trainee at his practice as well as at Helen House 18 years ago:

“The moment Justin came into my life, I knew I would never be the same again. He invested in and cared about my personal and professional development. He taught me self-reflection and the art of not taking myself too seriously. He was a mentor and a friend. I will forever be grateful that he was an integral part of my start in children’s palliative care which continues after 18 years. He is already missed.

Dr Susie Lapwood was Justin’s deputy at Helen and Douglas House hospices and partnered with him in researching training needs of UK children’s hospice doctors. She writes:

‘It was through Justin’s encouragement that I became involved in children’s palliative care, and in medical appraisal, setting the course and priorities for all that I have contributed subsequently. He gave me an inspirational role model as a leader, clinician, researcher, educator, appraiser and coach. We were set free to learn and grow professionally and become better doctors, and in turn to resource others, by his enabling and inspiring example of trust, support, openness, warmth, kindness, compassion, insight,  vision, courage, intelligent curiosity, continuing learning, and mutual respect. So much to be thankful for; so much to grieve for’

“The team at APCA and its membership would like to celebrate the work of Dr Justin Amery. His tireless efforts in putting tools in the hands of health practitioners to reach children with appropriate and affordable measures. We will always remember his contribution to the body of palliative care knowledge through his book which he provided free of charge to offer 1000 practitioners in Africa. We will always remember him.”

Prof Julia Downing, Chief Executive ICPCN who worked with Justin through ICPCN, but also with him in Uganda:

“I was privileged to know Justin, Karen and the family when they lived in Kampala, when I was working with the African Palliative Care Association. We worked closely with Justin at Hospice Africa Uganda, and then of course through the writing of the textbook and his ongoing work with ICPCN. He will be missed, not only as an inspiration to so many people, around the world, but as a compassionate and dedicated individual whose legacy in children’s palliative care will live on.”

Lizzie Chambers, Director of Programmes and Professional Engagement from the UK Together for Short Lives, and Co Chair of the EAPC task Force on Children and Young People, had the privilege of working with Justin to develop a Children’s Palliative Care Handbook for General Practitioners back in 2011:

“Justin’s words will have inspired and reassured many GPs to roll up their sleeves and to ‘have a go’. But more than that he managed to demystify the essence of good care for seriously ill children and their families. He was passionate about connecting with each and every child and family at a very deep and spiritual level, finding out what’s important to them.  We remember Justin with a smile, but his passing is such a sad loss for all of us who work in children’s palliative care. His legacy is huge.”

Children, families and colleagues around the world have benefitted directly from his dedicated, warm, kind, compassionate, insightful, open, supportive and professional input and expertise, always with their best interests at heart. His passion for supporting best practice, professional development and resilience, was seen through the design and set up of children’s palliative care courses for health professionals in the UK and internationally.

Beyond palliative care, he also worked with ‘failing GP practices’ to help them turn round, as well as with individual health professionals who were struggling. In his wider strategic roles in children’s palliative care, he initiated research into educational needs of hospice doctors, leading in the UK to creation of the subspecialty of paediatric palliative medicine, with its associated curriculum and training structures. He was a founding member of the Association of Children’s Hospice Doctors, which became the Association of Paediatric Palliative Medicine (APPM). Justin was passionate about improving children’s palliative care across the world, sharing his knowledge, expertise and gifts as an educator and writer to help bring this about. Colleagues will have benefitted particularly from his inspirational and collaborative leadership, vision, insight, support and writing, in his roles as educator, writer, appraiser, mentor and coach. Through these roles, future generations of practitioners, children and families across the world will continue to benefit from his input.

We are hopefully better people and the world is a better place because of Justin’s life. So much to be thankful for. So much to grieve for. Our thoughts are with his wife Karen and the rest of his family. Donations are being received in his honour for Keech hospice where he worked for the past 8 years via their website. Keech hospice have also opened an online book of remembrance so please do sign it and include your memories of Justin.

Justin’s legacy will live on in the lives he influenced directly, and through the books and educational resources he authored, which he always determined should be freely available, hoping to resource and support colleagues, and improve children’s palliative care across the world.