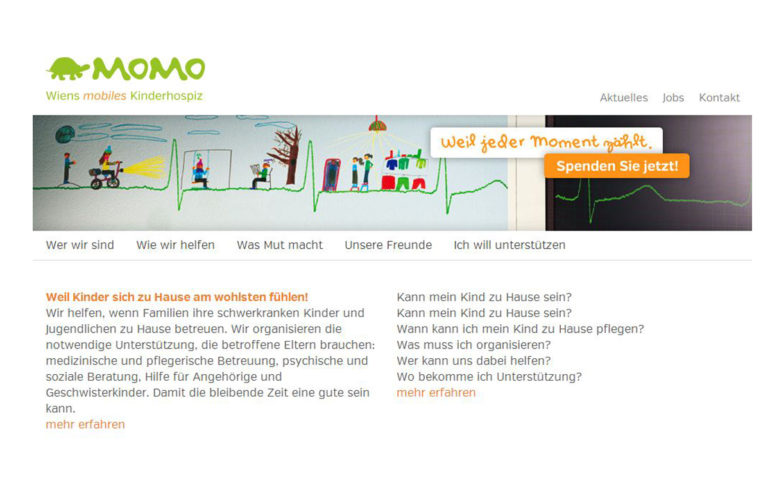 The service, known as Momo, will provide support for children and young people who are seriously ill and will allow them to be treated at home with their families. The project gets its name from the children’s story ‘Momo’ by Michael Ende. It was felt that the main character in this story has many qualities which are also very important in hospice care.

Momo will work closely with children’s hospitals, children’s departments and doctors. It is still in its first stages and includes paediatric doctors, child carers, a psychologist, social workers, pastoral carers and a voluntary team.

It is estimated that in Vienna and the surrounding areas, 700 to 800 children suffer from life-threatening and incurable illnesses with approximately 120 deaths each year. Caritas Director Michael Landau says, “We want to fill a hole in the support and care of most ill children with Momo and to help their relatives…”

“We know from our experience … just how important and necessary this specialised service is”, said Robert Obendorfer, managing director of Caritas Socialis. “The goal is to build up children’s hospice care which covers all of Vienna in three years.”

Dr Kronberger-Vollnhofer, a paediatric and palliative doctor and leader of the new child hospice added that a diagnosis of an incurable disease changes the lives of people concerned. “Long stays at the hospital are necessary and the children and parents wish for nothing more than to stay at home. However, without professional support, this is normally not possible.”

Momo is a free service and it is currently financed exclusively by donations. “We hope that the state will take responsibility for this in the future. However, we did not want to wait any longer and waste more time until we had the financial backing of the state”, stated Mr Oberndorfer.

To find out more about Momo, go to http://www.kinderhospizmomo.at/