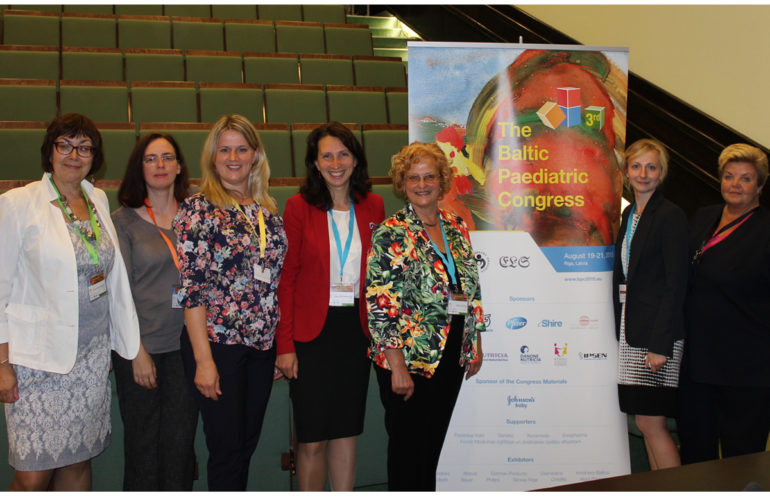 The 3d Baltic Paediatric Congress took place in Riga, Latvia, from 19th to 21st of August 2015. This event was organised by the Latvian Paediatric Association and the congress programme included interactive presentations which covered the results of research as well as a number of interesting clinical case studies.

The programme included a stand alone section on children’s palliative care – this being the first time that children’s palliative care has been included in the programme of such a high-profile event in this part of the world. The section was moderated by Dr Anda Janson, Chairperson of the Latvian Paediatric Association and Dr Anna Gorchakova, Director of the Belarusian Children’s Hospice and a member of the ICPCN Board of Trustees.

During the meeting many questions were raised by those present. Most of the questions were around the creation and operation of multi-professional palliative care teams, the rights of children with life-limited conditions and characteristics of the interaction with their families.

Proving that the time for the development of palliative care for children in the region was ripe, the presentations were attended by around 80 people, four times higher than the number who had registered in advance.

Speaking after their successful participation in the congress, Dr Anna Gorchakova said, “This fact confirms, once again, the relevance of the topic of children’s palliative care in the Baltic region.”