Do teddy bears go to heaven? 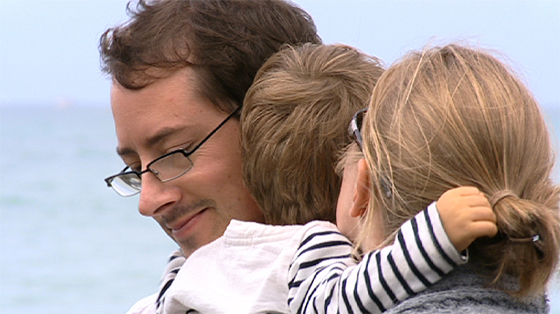 Paediatric Palliative Care in France has recently undergone restructuring with Regional Resources Teams in each region. The teams aim to orientate paediatric hospitals to a palliative approach, to raise awareness within adult palliative care teams on paediatric issues, to contribute to clinical research in paediatric palliative care and to make sure that patients and their families are given the support they need.

In February of 2009 PALIPED, the Regional Resource Team in Pediatric Palliative Care for the Paris Region, organised a training day on the topic “Accompanying a child at the end of life; at home or at the hospital?” At this meeting, two parents spoke about losing their children which led to PALIPED making a film to assist parents to think about the delicate question regarding the choice of the place of death: at home or in the hospital.

As a result in 2010 a 52 minute long documentary was produced which tells the story of four families who have accompanied their child through this journey. Parents, brothers, sisters, teachers, classmates and also nurses from the hospital and from the city express their thoughts and how they felt about this difficult question. The documentary was shown for the first time in Paris on the 1 March 2011 and has proved an excellent tool for initiating dialogue as well as for training of medical teams.

An English version with subtitles has also been produced, allowing a wider distribution. Find out more about the documentary and how to order your own copy at www.advita.com or email info@advita.com