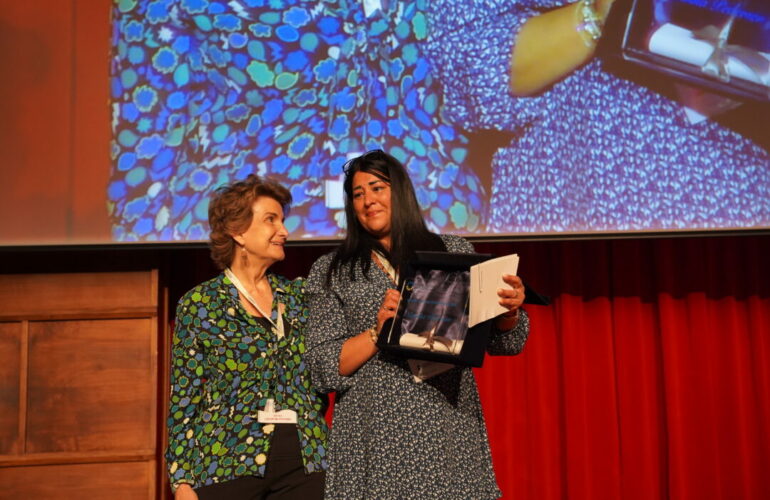 Ever since 2007, the International Ventafridda Award has been awarded to individuals who have shown exceptional initiative in palliative work. This year, Natasha Pedersen, secretary general of The Norwegian Association for Children’s Palliative Care, became the first Norwegian laureate in history. 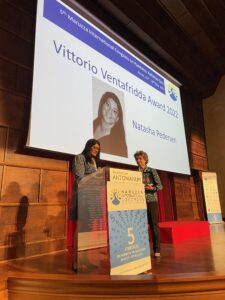 “Receiving this award is a great honour. On behalf of both myself and the entire team at FFB, I want to thank you so much for this recognition. This award means a lot to me personally. We have for many, many years worked towards realizing Norway’s first children’s hospice, and in January next year we are finally ready to welcome our first guests at Andreas Hus,” says Pedersen from Rome shortly after she received the award.

Natasha’s work stretches all the way back to 2009 when she founded FFB. Since then, the goal has been to help seriously ill and dying children, and their relatives, spend the remaining days of their lives in a safe and dignified way. How she experienced the lack of health care offers for her own daughter served as both inspiration and drive, and the fight for Norway’s first ever children’s hospice has been on the agenda ever since.

Ever since, Natasha and the association have been working to increase the level of knowledge and disseminate information about children’s palliative care in Norway. It hasn’t always been easy. Both from academic communities and the country’s politicians, interest for the field of children’s palliative care has been shifting, but in 2014 the first historical funding to their project came over the national budget, and at the same time, the Minister of Health and Care Services Bent Høie stated the following: “Thanks to the FFB, funding for the public sector has been strengthened.”

The work with Andreas Hus, named after Natasha’s daughter who died 12 years ago, was an important part of the reason why she won the prize. The jury justified the award by saying that Pedersen is a true champion of children’s palliative care – one that selflessly throws herself into the battle to make other people’s lives better.

The Ventafridda Award is awarded in conjunction with the Maruzza Foundation’s International Congress on Paediatric Palliative Care in Rome, where over 400 clincians, researchers and professionals in the field participate as delegates. To date, the award, with one previous exception, has been awarded to doctors.

Norwegian Pedersen thus breaks the traditional winning streak of a strong number of doctors. She believes that the award illustrates how purposefully and hard both she and the association have worked to improve the welfare for seriously ill children, and their relatives in Norway over many years.

“I have had many good and important supporters in recent years. Still, there is one who deserves an extra thank you, namely my daughter Isabell. She has been a rock in my life and has been extremely understanding throughout all these years, especially when «mom has has to work long days and late nights»,” Pedersen said as she received the award.

In the association’s own podcast, Isabell has previously stated that her life would have been completely different if there was a children’s hospice in the period before and after the death of her sister Andrea. A children’s hospice is not only for the sick child, it is just as much for siblings, parents and others close.

“Finally, we can say it: The children’s hospice is finally coming,” Pedersen concludes.

This article is published with permission from Natasha Pedersen and you can find the original article here: FFA’s Secretary General Natasha Pedersen received an international and prestigious award in Italy: – This award means a lot to me personally – Association for Children’s Palace (barnepalliasjon.no)