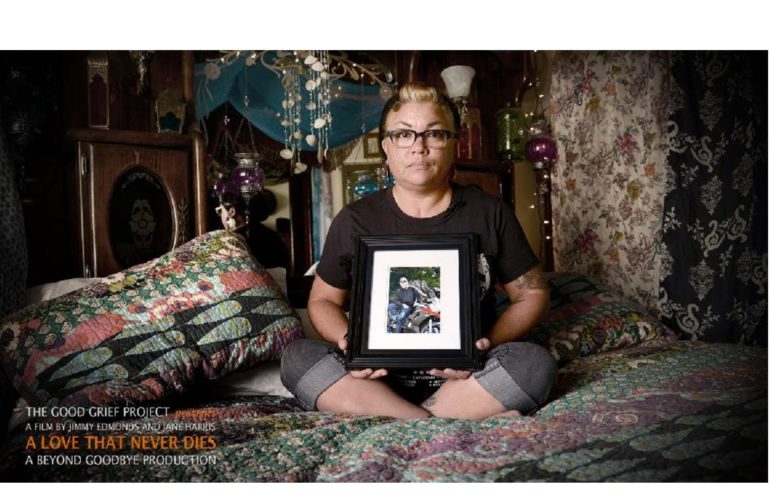 A Love That Never Dies sees filmmakers Jane Harris and Jimmy Edmonds travelling across the US and speaking to parents about the difficulty they had talking about the death of their child.

The film also honours the memory of their son Josh, who died in a road accident in South East Asia seven years ago. It sees Harris and Edmonds travel to Vietnam and the place where he died, and take a road trip across the US where they meet with other families who have also lost a child. The documentary shows how all have found grief variously isolating and transformative, yet ultimately life-enhancing.

Critics have praised the film, with Charlie Phillips from the Guardian calling it “a very personal labour of love that never feels indulgent” and filmmaker Roger Graef saying “beautifully made, poetic in its grace, deeply moving … inspiring.”

The film has been produced by The Good Grief Project, a charity created by Harris and Edmonds to share their experience and help others find creative responses to grief. The charity hosts events, workshops and retreats.

A Love That Never Dies premieres at Prince Charles Cinema in London on May 18. The screening will be followed by a Q&A with the filmmakers. For more information visit A Love that Never Dies