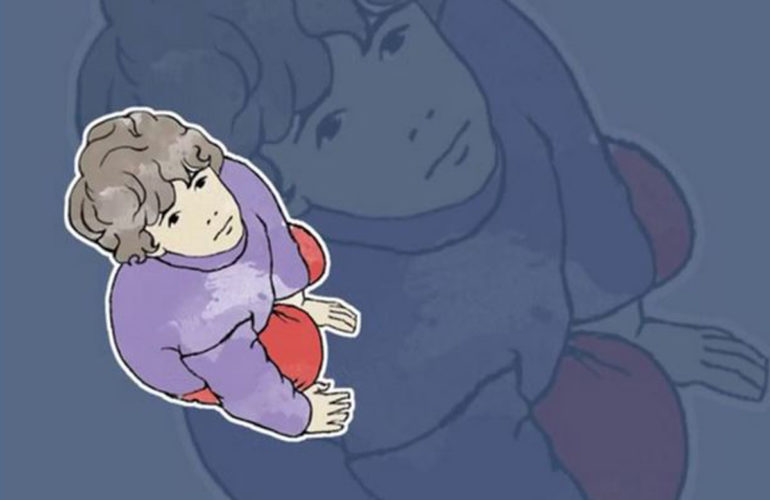 Holly was still-born in 1993, when our youngest son Lawrence was 3¾ years old. We told him the baby would not be coming home.

“Will she come home tomorrow?”
“No, she won’t be coming home tomorrow, or next week.”
“You’ll see the baby when you go to heaven.”

These are the opening words of a new Christian resource to help comfort children who grieve as their dreams of a new sibling are unfulfilled due to stillbirth.

What do heart-broken parents say to their young children, when they get the devastating news that their baby will be stillborn? Some parents despair; some marriages break up; some have nervous breakdowns; some manage to ride out such a painful, electric thunder storm.

Louis and Liz Hemmings got the terrible news that their baby was stillborn, 21 years ago. Their Christian belief helped them believe that good can come from such a terrible travesty. Public perceptions of stillbirth were largely unspoken in the past, and certainly unwritten. In 1994, Louis & Liz wrote and published their experience for parents. Then in late 2013, Louis produced the video Goodbye, Au Revoir, Slan to celebrate their daughter’s would-have-been 21st birthday (April 1st, 2014)

Back in the darker days of 1993, their four-year-old expectant boy unwittingly uttered some encouraging words. Those few words gave birth to the idea for the video and free booklet* Goodbye, Au Revoir, Slan. Many stillbirth and perinatal palliative care websites around the world are using it as a resource for their clients. Numerous parents have watched and appreciated the video; in particular, the fact that it gives the sibling’s perspective.

The short video has been used as an extra feature on the DVD edition of Return to Zero, the Indie Hollywood movie featuring stars Minnie Driver and Paul Adelstein.