Education How children are introduced to death - ehospice

How children are introduced to death 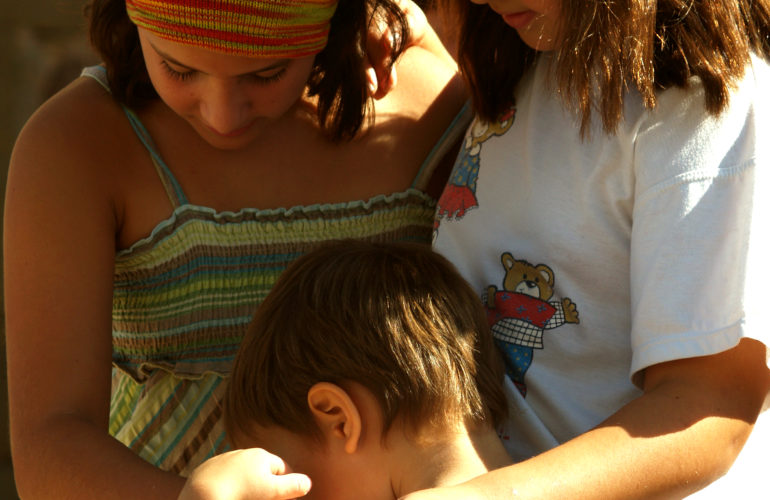 Children replicate their parents; if they themselves have trouble discussing and talking about death and dying, without a doubt children will find it difficult to express themselves in the event they experience the death of a family member at a young age.

Every parent will approach the subject of death and dying in their own away according to how they wish to raise their children. Principal Psychologist at the Quirky Kid Clinic, Kimberley O’Brien says a clear line of information is never a bad way to introduce children to what it means for someone to die.

‘Some children might find [death] quite devastating and be very emotional when they’re first informed, whether it be the death of a relative or the death of a pet,’ says Kimberley.

‘Between the ages of eight and ten children will start to worry about their own mortality or the mortality of their parents and maybe there’s an increase in their anxiety levels if parents go out at night they might not return, or if there’s been a death in the family then they might be more anxious,’ she says.

According to the Raising Children Network, trying to explain death by using words like ‘passed away’ or ‘gone to sleep’ may confuse children as to what has happened. Death should be explained in a way that they understand and in a way you’re able to answer any questions they may have around why the death occurred and what happens when someone dies.

‘It indicates that some children, say under the age of 8, may not see [death] as a permanent situation but feel as though it doesn’t have a great impact,’ says Kimberley.

She suggests that the grieving process that occurs after a death will be different from child to child as it is with adults, but it is important for parents to seek help if they feel the child is taking a negative trajectory and the grief becomes overwhelming.

‘From my experience with kids in the clinic that may have lost a parent, they might be in denial for quite a long period of time, even a number of years,’ says Kimberley. ‘It can be a different time frame but they do go through those same stages [of grief].’

‘We see kids from 2 years old through to 18, but with grief and loss usually parents are starting to seek help from the age of 6 to 16.’

If a child’s grandparent becomes sick and death is imminent, Kimberley suggests that increasing interaction is not always the best option.

‘If there is a sick family member like a grandparent, a lot of our clients talk about increasing their contact with that person over the last three to six months of their life,’ says Kimberley.

‘As an example, one client recently just lost a grandfather, she saw him every day in the hospital and their relationship was described as very close and it was almost like that relationship was being encouraged by the family because it would be the last opportunity for them to connect.’

‘[However] that client had a bumpy road the last couple of weeks and was suspended from school just around the time her grandfather passed away,’ she says.

‘So there are a few behavioural issues that can come up when there has been that close connection. So I would say not necessary increasing contact but just maintaining what it has it has been in the past.’

Have you spoken your children about death? How would you broach the subject? Comment below.

For more information about the Quirky Kid Clinic, click here.

This article was originally published in the Australian edition of ehospice.