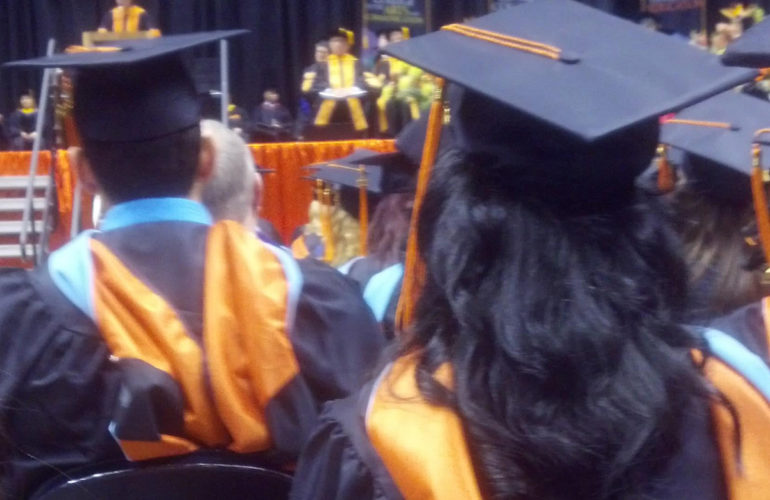 A partnership between the Faculty of Medicine University of Paris-Sud and the Mohammed V University in Rabat has led to the development of the first university degree in paediatric oncology in Morocco. This signals a breakthrough for better management of childhood cancer in Africa.

Advances in the treatment of childhood cancer in developed countries has led to healing in almost 75% of cases. These kind of results can only be obtained within specialist and multi-disciplinary structures. Skills development has quickly established itself as a key determinant for the long-term development of effective treatment of paediatric cancer in Africa.

The training that was previously provided, while of great value, did not meet the demand. Indeed, with the growing demand in the number of patients treated, the need to extend support to additional cancer types and to implement a specific strategy for African skills development has become a necessity.

It should also be noted that paediatric oncology practice in Africa has its own specificities related to epidemiological profile, to a scarcity of resources and a socio-cultural context characterised by ancestral beliefs and the importance of traditional medicine. These specificities must be taken into account in the training programme. The development of this degree should be of interest to not only paediatric oncologists but also to other stakeholders, including paediatric surgeons, pathologists, nurses and technicians.

The diploma in African Paediatric Oncology

In 2000, one of the fathers of Child Cancer in France, Professor Jean Lemerle of the Gustave Roussy Institute, took the opportunity, with a group of volunteers, to develop a care package for children with cancers in African regions where this type of care was not available. The Franco-African Paediatric Oncology Group (GFAOP) with its headquarters in the Gustave Roussy Institute was the result.

This was to support children with cancer in Africa by Africans. It also set out to find the best compromise that modern medicine can offer and what the optimal treatment would be for these patients. Among the various activities of the Group, and with the support of the programme “My Child Matters” led by the Sanofi Espoir Foundation, the establishment of an inter-university diploma in paediatric oncology (DIUOP), offered by the Faculty of Medicine of Paris-Sud University and the Institute Gustave Roussy, has trained dozens of African practitioners, doctors and nurses.

Based on this proven model, the partners wanted to expand this training offer locally. The implementation of a programme in Morocco, led jointly by the Mohammed V University in Rabat and Paris-Sud University, has helped set up the first degree of its kind in Africa. The combination of a French university and a Moroccan university with a mix of faculty to carry out the project, gives this programme both richness and depth.

Enthusiastic interest was shown for this training at the launch for the 2014-2015 academic year. Twenty-six students from North Africa and sub-Saharan Africa have been enrolled and have been diligent in attending training. In recent years, Francophone Africa has poured significant capital and expertise into paediatric oncology.

This article has been translated from the original French version, which can be found on the Université Paris Sud website.