Joan Marston to stand down as ICPCN Chief Executive in November 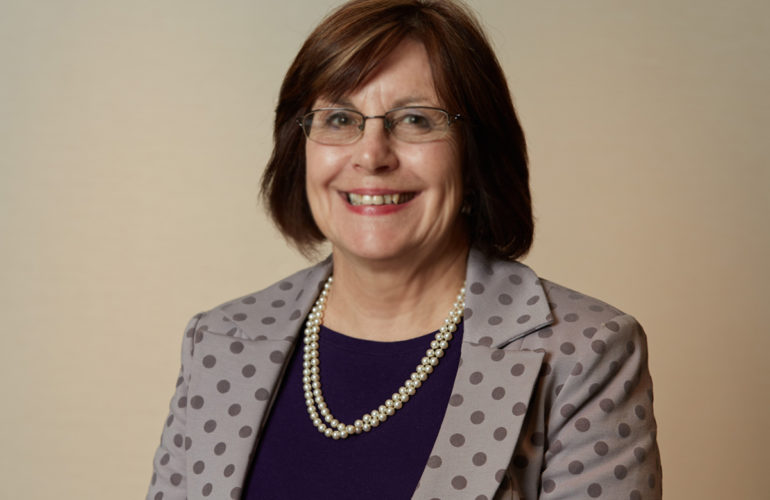 Joan Marston, Chief Executive of the ICPCN, has announced that she will be retiring from her present position on 31 October 2016 but assures her friends and colleagues that she will continue to work as a consultant and as a Global Ambassador for ICPCN and children’s palliative care.

Background
Joan has worked in palliative care for the past 27 years and specifically in children’s palliative care for 17 years. She began her career as a nurse, taking up the position of the director of the Naledi Hospice in Bloemfontein South Africa in 1990. In 2002 she became one of the very first employees of the Hospice Palliative Care Association (HPCA) in South Africa when she was appointed as Advocacy Officer. In this position she raised the profile of the need for palliative care in a particularly difficult time in that country’s history as a result of the devastation to individuals and families caused by HIV and AIDS.

She also advocated for a greater emphasis to be placed on the palliative care needs of children within the organisation and was appointed as the first Children’s Palliative Care lead within the HPCA in 2006. This led to an unprecedented development of children’s palliative care service provision in South Africa. At the same time Joan began to forge international bonds with other individuals and organisations working in children’s palliative care, and she became a founding Steering Group member and chair of the newly formed International Children’s Palliative Care Network in 2005. Five years later, in 2010, Joan became the organisation’s first Chief Executive.

The voice for children with life-threatening illness around the world
Asked to comment on the contribution that Joan Marston has made to the global development of children’s palliative care, Mary Callaway, former Director of the International Palliative Care Initiative (IPCI) of the Open Society Foundations and a long-time supporter of ICPCN writes:

“To say that Joan Marston is the voice for children with life-threatening illness around the world is a gross understatement. There are many exceptional professionals and volunteers caring for children and families but Joan never lets us forget those who aren’t fortunate enough to have access to such care.

The children drive her forward to teach healthcare professionals, to advocate with governments and health care leaders, and to help the public understand that millions of children and families are still suffering needlessly. I think it’s fair to say that ICPCN would not be where it is today without Joan’s total dedication and leadership, bringing individuals and organizations together to better serve the needs of children and make real change possible.

Whether she is helping set up hospices in remote villages in India and Africa or meeting with leaders at the United Nations, Joan represents the very best of ICPCN and certainly no one can under estimate what she has done to develop the organisation and develop the field of paediatric palliative care.”

In a personal message to Joan, Mary writes, “Thank you, Joan, from all the children and families whose suffering you’ve relieved. How many of us can say, “I made a difference in this world,”? You can. Your energy and dedication inspire us all. Don’t worry, we’ll never forget the children.”

It is with pride and admiration that I have watched her take on the leadership role as CEO of the International Children’s Palliative Care network as the first CEO of this important organisation. I follow news of her travels with awe. It is difficult to believe that one person can cover so much ground with such energy for the cause in which she believes so passionately. She is loved, respected and admired worldwide and she has influenced many with her call “Don’t forget the children!!”

Her strong faith and the work she does in spiritual care underpins her efforts and she continues to volunteer at Sunflower Hospice, the hospice she started in her home town of Bloemfontein. However, all this is still not enough for Joan and from the depths of her great compassion, she has been instrumental in starting the group PALCHE Palliative Care for people in Humanitarian Emergencies. I know I speak for HPCA and the Worldwide Palliative Care Alliance when I say that we will miss you, Joan but wish you everything of the best in your well-earned retirement.”

She describes Joan as being a visionary and a motivator who brings energy and conviction to her work. A fundraiser and specialist, and the leader who give birth to a global, well-known international children’s palliative care network.

In a personal message to Joan she writes, “Your boots have left marks that are visible and indelible in the landscape of children’s palliative care. Many, many thanks. I honour and appreciate Joan Marston as the woman, the colleague, the professional and a leader in this field; and last but not least, as a very kind person and friend.”

An exciting journey
Sharing her thoughts on her decision to stand down as the Chief Executive of ICPCN, Joan had this to say:

“It has been a wonderful, exciting journey, leading the ICPCN from its’ beginning in Seoul. First as Chair of the International Steering Group and then as the first Chief Executive; working together with wonderful friends, staff and colleagues, all who share a common vision of palliative care for children as the right of every child with a life limiting condition, wherever they are in the world.

I have been truly blessed with a supportive family, especially my husband, Richard who patiently puts up with a frequently absent wife and hundreds of trips to and from the airport; good health; and the ability to sleep well despite changing time-zones!

New ICPCN Chief Executive
The role of ICPCN Chief Executive will be passed on to the present ICPCN Director of Research and Education, Professor Julia Downing, who is highly qualified to take on this role and comes to the position with a wealth of experience in both leadership and in children’s palliative care. She will take up this position from 1 November 2016.