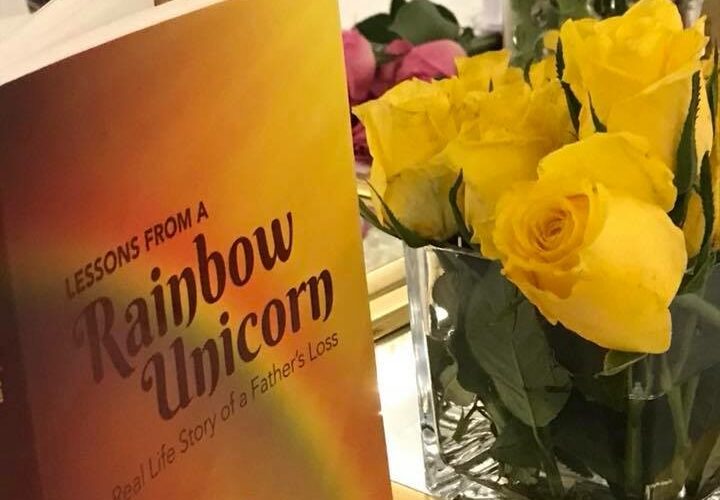 Fred Platt has spent the past twenty years of his life building a successful business and is the CEO of a listed company on the Johannesburg Stock Exchange. However, the achievement of which he is most proud is that of being Sam’s dad.

In his first book Lessons from a Rainbow Unicorn  –  A real life story of a father’s loss Fred has written a searingly honest account of  his fifteen and half month ‘life-changing experience’ as Sam’s father here on earth. A period in his life when he learnt that there was more to life than business and being successful.  A time that ended with a rainbow unicorn. 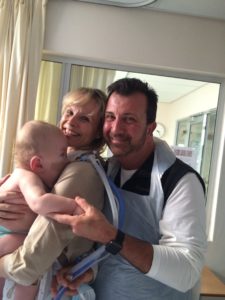 Now, more than two years after Sam’s death, Fred feels able to reflect on the blessing of being with Sam and the wisdom and lessons that Sam imparted to him and so many others through his life.  He writes, ‘I learnt so much sitting at the side of his bed and simply holding his hand.’

Born two months premature to mom Melissa and dad Fred in a private Johannesburg hospital, Sam’s struggle to live and thrive began. It ended fifteen and a half months later in a public hospital in Cape Town. Fred relates their family’s devastatingly difficult and sometimes joyful journey between these two events and beyond. As Melissa and Fred navigate their way through the often impossible maze of finding the very best care possible for Sam, the very human and often imperfect face of the medical world is exposed.

After being moved by air ambulance from Johannesburg to Cape Town, Sam was eventually diagnosed with a non-degenerative strain of Central Core Disease (CCD) and fitted with a tracheostomy tube and his health finally began to improve. But sadly before he could make the much longed for journey home, his immune system was overtaken by a hospital superbug and he died from kidney failure in the loving arms of his father.

Things could never be the same

Fred writes, ‘For me the world ended when my son died. I wanted everyone to stop, to acknowledge his life and to recognise our pain, yet life carried on. Walking out of the hospital and seeing the most amazing rainbow that I have ever seen, I realised that for me the world had shifted, and things could never ever be the same.

Bit by bit I picked up the pieces and discovered my truth and purpose. It is only in making a difference in the lives of others through the lessons that Sam taught me that the tragedy of his death could even begin to make sense. 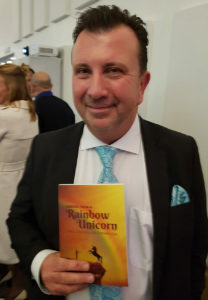 Fred Platt with the book

In honour of Sam’s amazing and impactful journey on earth, a charitable trust, Footprints4Sam Trust, has been established. With the aim of ensuring that no child or family will have to endure the challenges that Sam faced, emphasis is placed on both advocacy and initiatives that support families of children facing life-limiting diseases.

Anyone who works or plans to work in the medical and health related field should read this book. It reminds those who work with very sick children and their families that above all else, we must never lose sight of our collective humanity.

The book’s ISBN number is 978-0-6207949-2-3. South African readers can find the book at Exclusive Books, CNA at the airports, Adams Bookstores, Uppercase Books, Rainbow Academic, Skoobs, and Bargain Books. The book can also be ordered here for Kindle through Amazon.