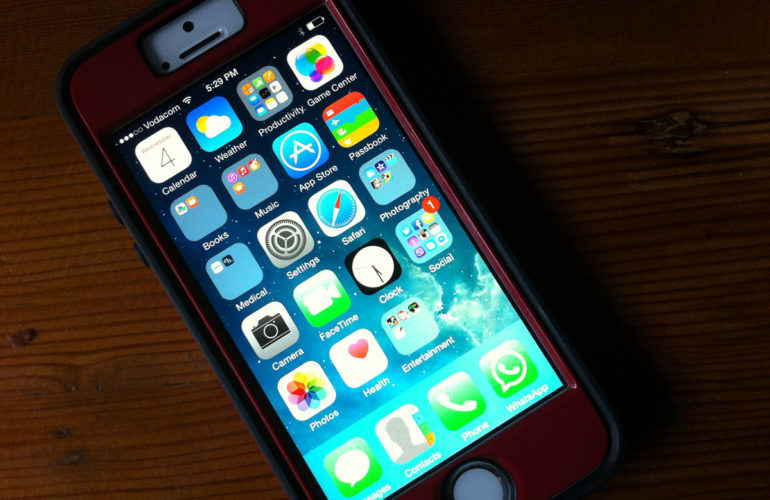 More than one million babies worldwide die as a result of prematurity every year, the majority of whom are born in the developing world. Premature babies in countries like Africa are often at greater risk of dying as a result of poor nutrition and infections, as well as a result of serious diseases including TB and HIV.

A mobile phone app that will identify babies born prematurely in the developing world is being developed by researchers at The University of Nottingham.

The technology will use distinctive features on the feet, face and ears of newborns to more accurately estimate the gestation of babies and to identify those who may need urgent medical care.

The project, which brings together experts from the University’s Division of Child Health, Obstetrics and Gynaecology and School of Computer Science, is being supported with a $100,000 grant from the Bill & Melinda Gates Foundation.

Dr Don Sharkey, Clinical Associate Professor of Neonatal Medicine, said: “This could be a potentially transformative technology for the developing world where the majority of women do not benefit from specialist antenatal services during pregnancy and higher risks of infection and illness means premature births are commonplace.”

Computer scientist Dr Michel Valstar added: “We are talking about countries where new mothers have little or no access to medical facilities, yet remarkably smartphone technology is ubiquitous. Our aim is to harness that technology to transform mobile phones into medical devices that can easily be used by someone without medical training.”

The research project was one of around just 60 successful bids out of 1,700 applications worldwide for funding from the Gates Foundation’s Grand Challenges Explorations Grant programme.

Grand Challenges Explorations (GCE) funds individuals worldwide to explore ideas that can break the mould in how we solve persistent global health and development challenges.

In places like rural Africa or India, women rarely have access to the antenatal ultrasound scans which doctors use to determine the gestation of the babies of their western counterparts. Traditional methods of estimating gestation based on measurements and birth weight are not always reliable.

However, being able to determine the development of babies — and the potential consequences of their premature birth — can help village elders and community leaders to decide whether they might simply need to offer guidance to the mother on the hygiene and nutritional needs of their infant or whether it is vital to make a trip to a hospital which can often be hundreds of miles away.

More than one million babies worldwide die as a result of prematurity every year, the majority of whom are born in the developing world. Premature babies in countries like Africa are often at greater risk of dying as a result of poor nutrition and infections, as well as a result of serious diseases including TB and HIV.

The app combines simple measurements with elements of the Ballard test which is used by experienced healthcare professionals to estimate gestation and looks at developmental characteristics including the characteristics of lines developed in the skin on the foot or the shape of features like the ear.

The new app will use the mobile phone’s camera to take images of the foot, face and ear of the baby and upload it to a huge database where it will compare it with pictures of potentially hundreds of other babies at various known gestational ages to find a ‘match’.

As part of the 18 month project, computer scientists will be analysing data from the images of babies in order to build the app. From spring 2015, a clinical team will be collecting the baseline comparable data by taking pictures of babies in the maternity and neonatal units at Nottingham University Hospitals NHS Trust.

The team also plans to explore the potential ethnic differences in gestational development between babies born in different parts of the world — babies born in Africa or China may have different developmental characteristics compared to their western counterparts.

At the end of the project, if the team is able to demonstrate a successful prototype they will have the opportunity to bid for a much larger package of funding from the Gates Foundation to develop the technology for use in the real world.