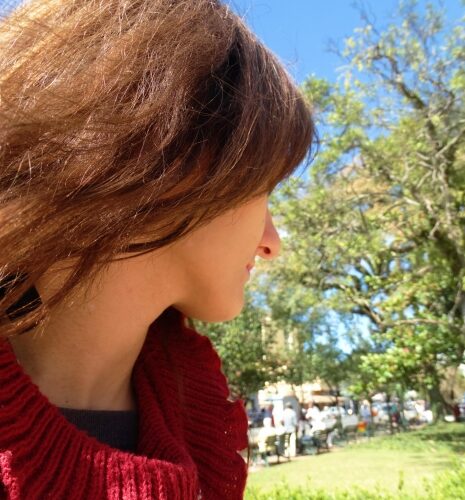 May 11, 2016 | No Comments
Categories: Community Engagement.

Katie was diagnosed at 18 months old with Neurofibromatosis Type 1, a genetic condition that causes non-cancerous growths to grow along the nerves. Aged nine, a growth was found at the top of Katie’s spinal cord. Katie had several rounds of chemotherapy and radiotherapy but on 20 August 2015 she died at Little Havens Hospice, aged 13.

In the film, Dee explains: “Katie had got very tired of having her treatment, she was exhausted and she kind of didn’t want any more, she’d had enough and she was ready to go.

“So when I was told that there wasn’t any more treatment available to help her, it was almost a relief because I didn’t have to see her fight any more to prolong the end.

“I could help her pass away with the dignity that I know she would have wanted and that she no longer had to go through any more invasive, horrible treatment.”

Two years before Katie died, she asked her mum what the difference was between being buried and cremated and went on to tell her mum that she would rather be cremated.

She also asked that her ashes be scattered in the bluebell wood where Dee’s grandparent’s ashes are; a place the family visits every year.

Katie had also thought about where she wanted to die, telling her mum: “I don’t want to die in a hospital, if I was going to die I’d like to die at Little Havens because it’s so pretty there and I know so many people there and I know they’d look after me.”

Katie had been having respite breaks at Little Havens for five years while she underwent treatment and three days before she died Katie was transferred there from the Royal London Hospital on life support.

Dee said: “I’m just blessed that that’s where we got to and that she had her wish come true.”

Dee also shares how Katie did a lot of online research and had found the website of a company that makes colourful coffins.

“I went onto that website after she’d passed away and if she had have picked one I knew straight away the one it would have been and it’s the one we chose,” Dee explained.

“It was quite comforting that she’d researched it because I knew that she was aware that there was a strong possibility that she was going to die.

“When you’re faced with a child’s illness that is potentially life-threatening it makes it so difficult, having that conversation with a child about them dying because you almost don’t want to accept it yourself and yet you feel you have to and a lot of families think ‘oh we won’t mention it’, they won’t discuss it with their child because they don’t want to upset them.

“But for Katie to have done that research and have an outline of what she would have wanted it was huge relief to me because I know that she was aware that that was a possibility and that I knew what she wanted. It was a huge comfort actually.

“So when the time came and Katie did pass away it was easier because I almost had her sitting on my shoulder telling me ‘oh yeah mum, that sounds really good’ and arranging her funeral was probably one of the easiest things I’ve done.

Dee has shared Katie’s end of life wishes with Little Havens Hospice for a special film as part of Dying Matters Awareness Week – a nationwide campaign which aims to encourage people to talk more openly about death, dying and bereavement and break the taboo around these conversations.