New publication highlights the history and work of the ICPCN 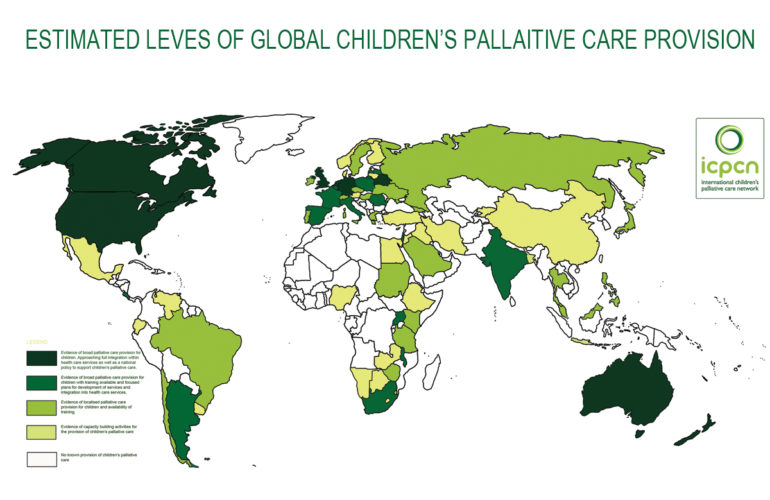 A paper, published this week in the Journal of Pain and Symptom Management (Volume 55, Issue 2 Pages S1-4 – S111) written by Prof Julia Downing, Joan Marston and Sue Boucher gives a detailed overview of the history and activities of the International Children’s Palliative Care Network that have led to the development of children’s pallaitive care services in many parts of the world where previously little or none existed. The paper forms part of a special issue, Palliative Care Development in Resource Limited Countries, edited by Mary Callaway and Kathy Foley.

The ICPCN began as a simple conversation between like-minded people from different countries, and a vision of a world where all children with life-limiting conditions and life-threatening illnesses would receive the palliative care they required. At first, there were many detractors and those within the greater palliative care community who felt that a separate organisation for children was not necessary. Today, even they recognise that without the ICPCN, palliative care for children would not have developed as far as it has.

ICPCN is a global network of individuals and organisations working together to reach the estimated 21 million children with life-limiting conditions and life-threatening illnesses. The drive to establish the ICPCN was born from the recognition of the gaps in service provision for children’s palliative care and the need to collaborate, network, and share resources.

Established in 2005 during a meeting in Seoul, South Korea, the ICPCN has developed over the years into an established network with a global membership. The history of the organisation is described, including some of the key events since its inception. Working in collaboration with others, ICPCN has five key focus areas represented by the acronym, CARES: Communication; Advocacy; Research; Education; and Strategic development, and is the only international charity working globally for the rights of children with palliative care needs.

In this paper, activities in these areas are discussed, along with the inter-connection between the five areas. Without the ICPCN, palliative care for children would not have developed as far as it has over the years and the organisation is committed to ongoing work in this area until all children requiring palliative care have access to quality services, wherever they are in the world.

The ICPCN communications strategy has led to a truly global membership and information being shared across the world. Their  e-learning courses have been done by health care workers in 115 countries, and hundreds of health care professionals in 23 countries have received face-to-face training that has led to the development of new programmes for children. Partnerships have been formed to increase access and to support each other’s projects, research has led to new evidence to strengthen the case for children’s palliative care and a list of global priorities; and a number of journal articles have been written.

While the focus of the ICPCN is on low- and middle-income countries which have the greatest need, they continue to provide support to all who request assistance, including in high income countries where children are often left behind and neglected.