Paediatric postgraduate curriculum in India to include palliative care 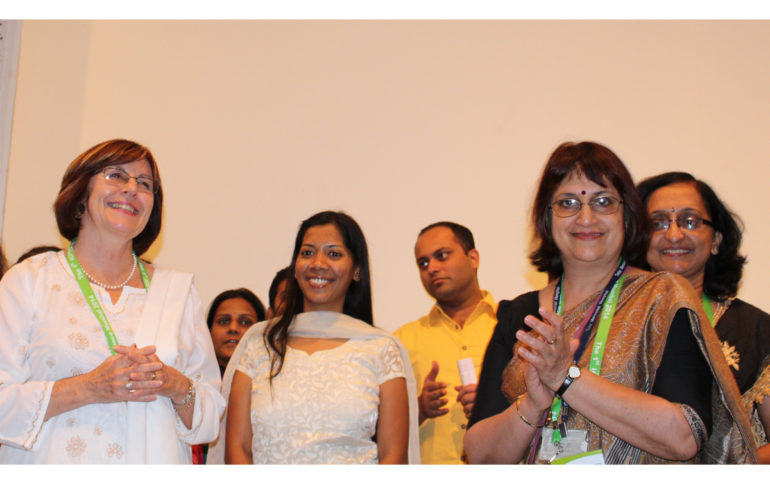 In a milestone decision the Maharashtra University of Health Sciences, Nashik announced last month that palliative care will become a part of the curriculum for paediatricians in that institution.

Dr Pradnya Talawadekar, Country Co-ordinator for the Children’s Palliative Care Project at the Indian Association of Palliative Care (IAPC) explains that both her and Dr Maryann Muckaden, ICPCN board chairperson and head of palliative care at Tata Memorial Hospital in Mumbai have been pursuing the inclusion of children’s palliative care in the postgraduate curriculum in MD Pediatrics and MD Community medicine for the last two and half years. They began by approaching the Directorate of Medical Education and Research(DMER) in Maharashtra and the Maharashtra University of Health Sciences( MUHS) asking for this inclusion. They were told that the DMER only deals with the admissions to medical courses and does not have any role in changing the curriculum. The eventual breakthrough came after many request letters sent to the Maharashtra University of Health Sciences (MUHS) which is the authorised body for medical education in Maharashtra.

At the children’s palliative care stakeholders meetings held in each quarter the issue was discussed and it was decided to send request letters from HODs of Paediatrics and if possible from the Deans of Medical Colleges to MUHS. Dr Mamta Manglani helped in drafting the letter and the format was sent to all HODs of paediatrics. “It took quite some time to get these letters but we persevered with it and sent them to MUHS in Dec 2013/Jan 2014. I think it was discussed in March and May 2014 meetings of the Board of Studies and a notification has been put  on the MUHS website dated 2nd June 2014.

The notification states that a total of three hours have been sanctioned for the teaching of children’s palliative care. In part it reads “After deliberate discussion on this issue, the Faculty unanimously resolved to include Paediatric Palliative care curriculum of 03 hrs duration in Postgraduate Course M.D. Paediatrics.”

The syllabus for training in Paediatric palliative Medicine will include:

The notification is available to read on www.muhs.ac.in Notification No. 16/2014 – “Addition of Component Paediatric Palliative Care In MD Paediatric Postgraduate Course Under Faculty of Medicine (From Academic Year 2014-2015)”.

Responding to this encouraging development Dr Pradnya Talawadekar said, “In India, clinicians and nurses need to be provided with focused skills and training to deliver quality palliative care to the large number of children with life-limiting illnesses. Symptom management, pain relief, place of care, cost effectiveness of palliative care and quality of life in end-stage are some of the aspects that should be an integral part of clinical training. The decision to include children’s palliative care in the MD Paediatrics curriculum is a milestone in these efforts.”