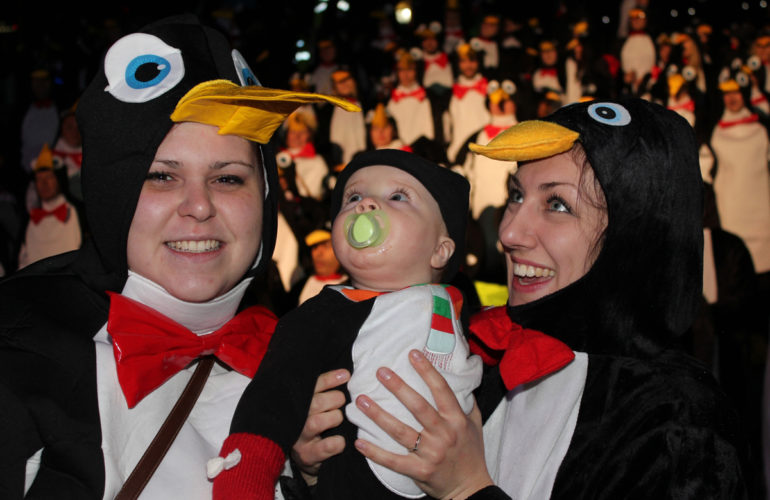 Tonight over 600 flippered fundraisers will flock to Central London to help Richard House Children’s Hospice attempt to break yet another official Guinness World Record for ‘The Largest Gathering of People Dressed as Penguins.’ Richard House supporters will be looking to break the record it set last year when 373 people attended the fundraising event and with almost twice as many people signed up this year it certainly looks promising.

The Guinness world record attempt will take place this evening, Thursday 12 November, at The Scoop at More London. For just £25 supporters will get their own penguin outfit, and they’ll join hundreds of other penguins to be officially counted before taking part in a 2km waddle in the shadow of City Hall and Tower Bridge.

The charity is hoping to raise £40,000 through the penguins’ efforts for the Beckton-based hospice which supports families in London whose children and young adults are at risk of death from a life-limiting health condition.