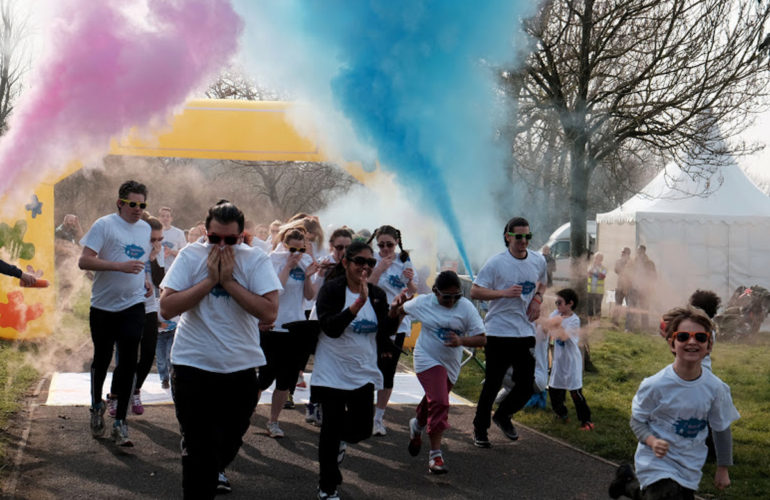 The colourful run which was launched by the Pearly King and Queen, saw participants moving through a unique course of different colour stations around the park. Those who preferred not to run signed up as ‘Rainbow Makers’ who threw coloured powder at runners as they passed through the different stations along the route. It was a great day out for the entire family that included activities like face-painting and a warm up session that had participants wiggling their bottoms to upbeat tunes.

Richard House provides free care and services to children with life-limiting, life-threatening and complex healthcare conditions and their families from London and the surrounding areas. The Rainbow Rush was not only a day full of fun, but it also helped to raise funds for the important work of Richard House. To learn more about Richard House visit www.richardhouse.org.uk