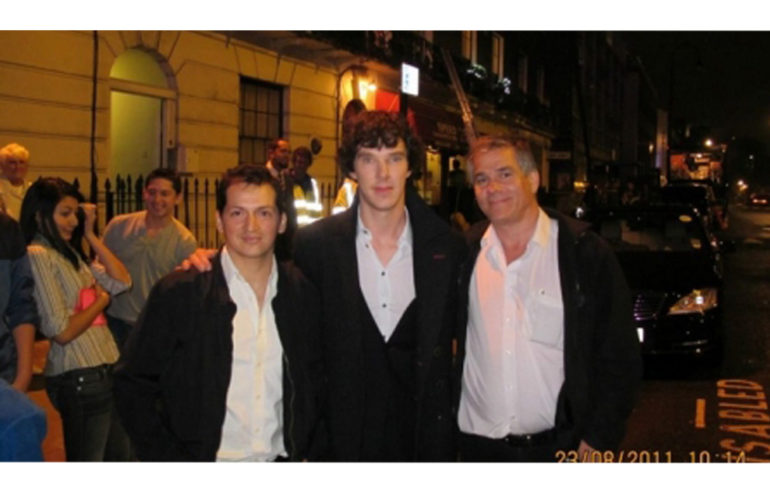 A central London café has raised £870 in an online auction for Richard House Children’s Hospice, including £500 in the space of five seconds.

He had hoped to raise around £150 but a last minute bidding war far exceeded his target. “We saw offers increase from £420 to £870 in the space of the last five seconds. We’re proud of the results and love the work that Richard House Children’s Hospice do. We hope that all the proceeds will help support the work of the charity who help so many children with life-limiting conditions as well as their families.”

“We were absolutely overwhelmed by all the bid offers that came in for our Benedict Cumberbatch and Mark Gatiss hand signed Speedy’s t-shirt and would like to thank everyone who bid to help support Richard House Children’s Hospice. It goes to show the loyalty and generosity of Sherlock fans from all around the world.”

Viv Talbot, community fundraising manager at Richard House said: “We are over the moon at the result of the auction and are very grateful to those at Speedy’s Cafe, and everyone who took the time to bid.”

The winning bid came from a woman in Kansas, USA.